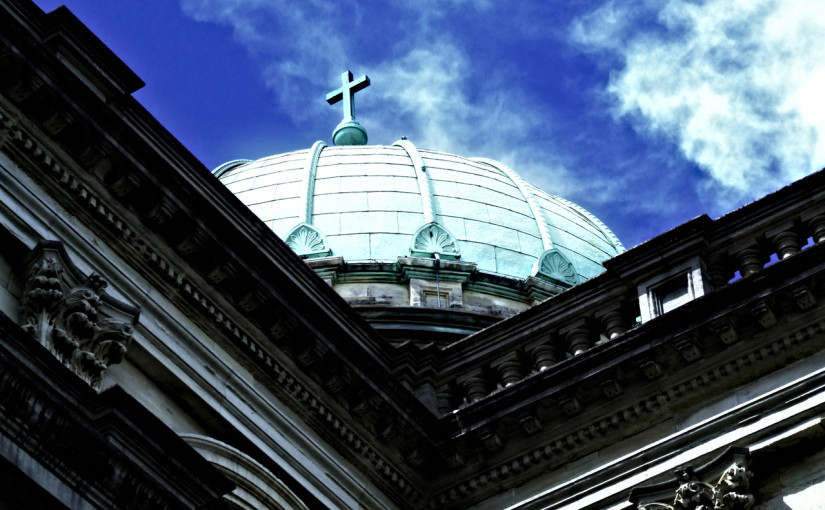 Christians in the Middle East

The Christian communities in the Middle East have a long and turbulent history. 6 Originally, all Christians in the region belonged to one or another of the indigenous churches that followed the Eastern rites. Outside the Greek Orthodox church, which was the official church of the Byzantines, the others had their origin in the schismatic “heresies” of the fifth and sixth centuries. Two of the largest Christian communities, the Copts of Egypt and the Assyrian Nestorians, go back to the fifth century and the religious controversies that culminated in the Council of Chalcedon (451). The disagreements ostensibly had to do with dogma, specifically concerned with the nature of Christ. However, these secessionist movements also represented efforts by the local populations to free themselves from the cultural and political domination of the Byzantines. In fact, the oppressiveness of Byzantine rule must have greatly facilitated the early and rapid success of the Muslim armies. This was the case of the Coptic community of Egypt. Persecuted by the Byzantines who regarded their church as schismatic, the Copts welcomed the Muslim armies in the mid-seventh century. After the Muslims defeated the Byzantines, they concluded a peace treaty with the Coptic Patriarch. The Copts today constitute the single Iargest Christian community in the Middle East.

Rural-dwelling Copts are concentrated in Upper Egypt, where they are found in villages little different from those of their Muslim neighbors except for the presence of a small church. Copts follow their own religious calendar, with its distinctive periods of fasting and holidays. Their clergy, who are allowed to marry, wield considerable power in their communities, where they act as leaders. Like the larger Muslim community, Copts prefer arranged marriages among close relatives–for example, the marriage of a son to his father’s brother’s daughter. Copts speak Egyptian Arabic and are culturally very much like the Muslim Egyptians of the same social class and education.

The Assyrian Christian communities of Iraq, Syria, and Turkey, like the Copts, once constituted a millet within the Ottoman Empire. Although today the majority of them are probably to be found in the United States and Canada (with some recent immigrants to Sweden as well), enough remain in these countries to make up distinctive minorities on the Mesopotamian plains and uplands. The largest is in Iraq. In origin, most of the Assyrians were rural dwellers in the northern part of the country; today they are found throughout the cities and towns of Iraq, with the largest concentration in the capital of Baghdad.

The majority of the Assyrians belong to the Nestorian church, with a small group divided between the Catholic and Protestant churches. The Nestorian church was originally centered in southern Iraq, and its communities were scattered over a large area, some as far as Central Asia and even China. Until recently, the Assyrians, who speak an Aramaic dialect, were an agricultural people scattered in villages in the mountains of Hakkâri (on the Iraqi-Turkish border) and in the valleys east of Lake Urmia. Caught in the turbulent politics of the area following World War I, the Assyrian leaders allied themselves with the British, and Assyrians joined the British army in Iraq as special levies. With Britain’s help, a group of Assyrians hoped to establish an independent state for the Assyrians in northern Iraq. However, the British shift in policy and their interest in the establishment of an Arab monarchy in Iraq combined with a divided Assyrian leadership to put a cruel end to their hopes. Not only were the Assyrians frustrated in their efforts at independence, but several hundred of them were massacred in 1933 as they tried to flee Iraq into French-held Syria.

Besides the Copts and the Assyrians, there are other Christian sects of importance in the Middle East. One such group is the Uniate churches, of which the Maronites of Lebanon make up the largest community. The term Uniate refers to those communities of the Eastern churches that chose to recognize the authority of the Pope and to adopt the Latin rites. They did, however, retain their own patriarchs and internal autonomy. For example, the Chaldean Christians — a group of about 160,000 in Iraq, Syria, and Iran — split from the Nestorian church in 1750 and, urged on by Dominican missionaries, joined the Catholic church and acknowledged the Pope’s authority in matters of dogma. Locally recognized as an enterprising and hardworking people, the Chaldeans dominated the service sector in the cities of Iraq, especially the hotel and restaurant business. Following World War II, large numbers of them, like their Assyrian neighbors, began immigrating to the United States and Canada–a process that continues today.

To learn about the Maronite Christians of Lebanon in more detail, visit here.