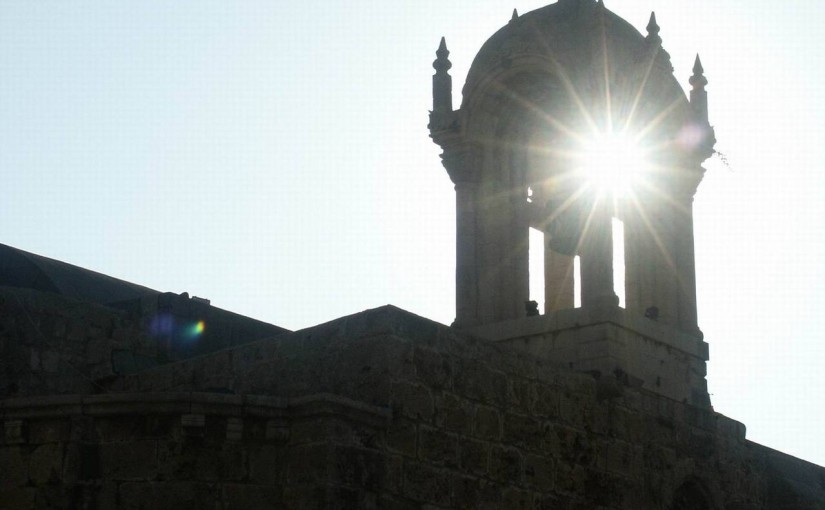 The Maronites of Lebanon

It is impossible to discuss the Maronite Christians without reference to the political scene in Lebanon. The recent history of Lebanon illustrates both the consequences of those historical processes that locate politics in sectarianism and the impact of Western colonialism and international power struggles on local politics.

The Maronite Uniate church is a national one that, in the main, is limited to Lebanon. It makes up the single largest Middle Eastern Christian community outside of Egypt. Syrian in origin, the Maronites are the followers of Saint John Maroun (d. 410), who lived and preached near Antioch in present-day Turkey. Persecuted by the Byzantines in the fifth century, they sought refuge in the mountains of northern Lebanon and later spread to north-central Lebanon, which still remains their stronghold. Ruled directly or indirectly by the Ottomans from 1516 until the establishment of the French Mandate in the 1920s, the Maronites managed to retain a measure of independence that varied largely in response to the support they received from European powers. By the second quarter of the nineteenth century, the Maronites were already closely allied with the French and had emerged as the most important local sectarian power. This brought them into conflict not only with the Ottoman authorities but, more immediately, with the Druze and other Muslim groups in their area. In 1843, following a series of uprisings in Lebanon, the Ottomans responded to European pressure to create separate sectarian governorships for the various groups they ruled. After a series of massacres between the Druze, supported by the British, and the Maronites, supported by the French, the Ottomans created, in 1864, yet another governmental apparatus, one that was essentially the basis for the present state of Lebanon. This was the governate of Lebanon, based on a system of sectarian representation with an appointed Maronite governor. The political and economic dominance of the Maronite community, institutionalized at that time, continued until tested and broken in the 1975 civil war in Lebanon. 7

The Republic of Lebanon was proclaimed in 1926 when the constitution was promulgated, but the real reins of power remained with the French. In 1943, the various Lebanese political leaders and factions closed ranks and demanded independence. When the French ousted the president and his prime minister, the Lebanese formed a resistance government and proclaimed a National Pact, which regulated relations among the different sectarian communities, of which the Maronite was then the largest. Complete independence was not achieved until the end of 1946, when the last French soldier sailed away and Lebanon became a member of the Arab League and the United Nations.

Modern Lebanon was founded on the assumption that the various confessional groups or religious sects would be united in a single polity as corporate units holding equal rights and status in the public domain. Thus citizenship in Lebanon came to necessitate identification with one or another of the 17 recognIzed religious communities or sects, the 7 main ones being Maronites, Sunni Muslims, Shi’a Muslims (the largest single sect today), Greek Orthodox, Greek Catholic, Druze, and Armenian Orthodox (Gregorian). Lesser sects include the Jacobite Christians, Syrian Catholics, Armenian Catholics, Jews, and Protestants–all this in a population of little more than 3 million.

The different confessional groups in Lebanon share a common language, Arabic, and a recognition of their interdependence. No community could dominate the other without endangering the very existence of the state, which was maintained in a “precarious balance,” or perhaps more aptly, “in a balance of fear.” Once hailed as the model for a Middle Eastern pluralistic and democratic society, Lebanon served a key function in the area. In the past, it was a refuge for persecuted religious minorities, and in modern times it became a haven for Middle Eastern political refugees of all persuasions.

In the summer of 1975, the “precarious balance” came to an abrupt and violent end. The delicate political fabric of Lebanon began to unravel and civil war broke out. Overtly, Christian was pitted against Muslim, but some clarifying remarks are necessary to correct the oversimplistic interpretation of the “Christian-Muslim” conflict in Lebanon as having been no more than an inevitable ethnic confrontation. As with most ethnic confrontations, the one in Lebanon was symptomatic of profound political and socioeconomic dislocations, greatly exacerbated by outside forces and foreign interests.

It has been accurately noted that the catalyst for the civil war was the presence in Lebanon of a large Palestinian population, both as refugees in camps that stretched from the heart of Beirut to the southern borders and as an armed military group that constituted a state within a state. In the mid-1970s, the Palestinian presence was estimated at about half a million. The presence of the refugees put a serious strain on Lebanon’s economy, and the well-armed Palestinian militia complicated the political scene both internally and at the international level. Their presence in and use of southern Lebanon as a base of operations prompted regular and severe retaliatory strikes by Israeli forces. The effect of these strikes reverberated throughout Lebanese society and further added to the strains that already existed among the different groups.

The presence of the Palestinians clearly precipitated the crisis, but there were other underlying factors. One factor had to do with the way that sectarian and ethnic groups are distributed throughout the country. Each of the 17 officially recognized sectarian or ethnic groups in Lebanon has a relatively clear regional base from which its leading families contend for power on the national scene. A second underlying cause of conflict had to do with differential access to resources. The prosperity the country experienced in the 1940s and 1950s as a result of its role as a leading trade and banking center was unequally shared among the different groups; some, like the Shi’a, were substantially excluded from the benefits of the economic growth that favored most of the Christian communities engaged in trade. 8

Before World War II, it seems that economic disparities among the various sectarian communities were relatively muted and were channeled along well-established and generally acceptable lines. By the mid-1970s, however, the agricultural majority of the population was receiving only 15 percent of the gross national product, while the 14 percent of the population engaged in commerce and related activities received 46 percent of the GNP. The Maronites benefited disproportionately from this development. Also, although no census has been conducted since 1932, the belief was widespread that the Maronites no longer constituted the largest sect in the country, about 25 percent of total population, and that their political power, while reflecting their wealth, did not reflect their numbers–still another cause for resentment (Awad, 1991, p. 85) .

In earlier years, sectarian identification held little implication for economic class differentiation; by 1975, such was no longer the case. In February 1975, there was a major strike by Shi’a fishermen working for Maronite boat owners; their violent protests were quickly joined by Palestinians and others. With their numbers considerably enhanced by the Palestinian refugees, the various Muslim groupings, who now made up about 65 percent of the total population, demanded a larger share of the economy and a reorganization of the political system, with increased secularization of the state and mass elections. The politically dominant Christians, fearful of losing their advantage and angered by the alien presence of the revolutionary Palestinians–Christian or Muslim–refused a drastic overhaul of the political system, and armed confrontation ensued. But it was quickly apparent that Lebanon was to become the arena for the power plays of several outside interests: American, Syrian, and Israeli, among others. The instability generated by outside intervention and acts of inter-communal violence quickly undermined the already weak central state institutions and initiated a period of civil war.

The alignments produced by the warfare were bewildering, but they are a useful reminder that conflict expressed in the rhetoric of ethnicity or religion is never as clear-cut as it may appear. Even close observers disagreed as to the underlying principles that governed the short-term alliances among the many contending parties: Shi’a allied with Palestinians; right wing Phalangist Christians were supported by the Syrian army; Israel aided (and still does to some extent) certain Christian armed militia in the south. Many who rallied supporters to their cause in terms of religious or political beliefs appeared to have little more than banditry in mind–much as was later to be the case in the breakup of Yugoslavia. It was a conflict whose destruction clearly went beyond the self-interest of any class or sect. If any interest was served in all this, it was certainly not that of the Lebanese.

After 13 years of bloody civil war that left more than 150,000 dead and 300,000 displaced, in addition to the half-million who left the country, a political accord, known as the Ta’if Agreement, was reached in 1988. The Ta’if Agreement, named after the city in which the formal deliberations were held, was drawn up under the patronage of Saudi Arabia and with the approval of Syria (and the blessing, not to mention pressure, of the United States) and put an official end to the Lebanese war but not to political conflict (Kisirwani, 1997) . It stripped the Maronite presidency of most of its executive powers, formed a new and powerful council of ministers, and balanced Sunni control of the prime minister’s post by making a Shi’a speaker of the parliament–in short the Maronites lost their political dominance but retained a strong confessional presence. Two years later, the massive and difficult process of reconstruction began when the Lebanese government announced a comprehensive recovery plan that came to be known as Horizon 2000. Lebanon today continues to deal with the problems of national reconciliation, economic recovery, and reestablishing a credible bureaucracy, among others.