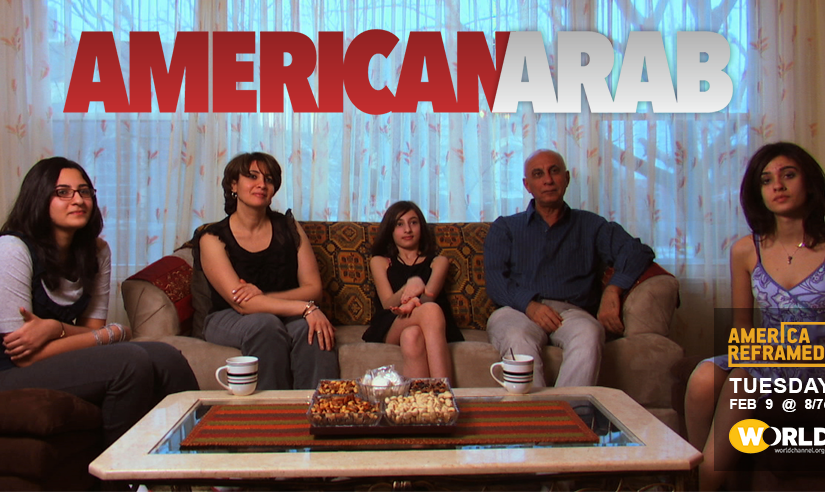 Watch PBS documentary from its World Channel initiative now for a limited time. American Arab looks at what it’s like to straddle two cultures in the contemporary United States. In American Arab, Iraqi-American Director Usama Alshaibi asks “Why is being an Arab suddenly the opposite of being a decent man?” Throughout the documentary, Alshaibi explores what it’s like to occupy the ‘space in between’ as a hyphenated American, specifically of Arab origin, during the surge of anti-Muslim sentiment that arose in post 9/11 America.

Alshaibi offers a path for empathy while rendering a portrait familiar to those seeking and struggling to find their place in America. In a quest for the source of internalized pain in the face of discrimination, he digs and pokes to expose a long history of Hollywood images and media stereotypes of Arab men as buffoons, angry terrorists, “camel jockeys” and the butt of racist jokes.

The Alshaibi family came to America because Usama’s dad, a professor, refused to work for Saddam Hussein and was persecuted in Iraq. Their mother, Maha, reflects on the irony of having struggled for 10 years to become an American, to offer her children a new country with freedom, and a safe home, only to emerge as the “enemy” when her new country, America enters war with Iraq.

Alshaibi reflects on his childhood, a time when he never thought of himself as having any ethnicity at all. To reaffirm this notion of normalcy, he visits with college buddies in Iowa City who didn’t perceive him radically differently, but at the same time celebrated him for his “exotic otherness.” Later, Alshaibi shares how he became increasingly embarrassed by his Arab roots, and forged a new identity as an artsy teen interested in “hard-core punk, weird film and all things subculture.”

Alshaibi becomes a new father, coinciding with the end of Ramadan, when his daughter Muneera (Arabic for ‘brilliant’) Cinema Alshaibi is born. Maha, her grandmother, hopes the newest member of her family will enjoy a mix of “a new culture”: no hijab, no limits, free, proud of her varied heritage and, with the ability to make her own way.