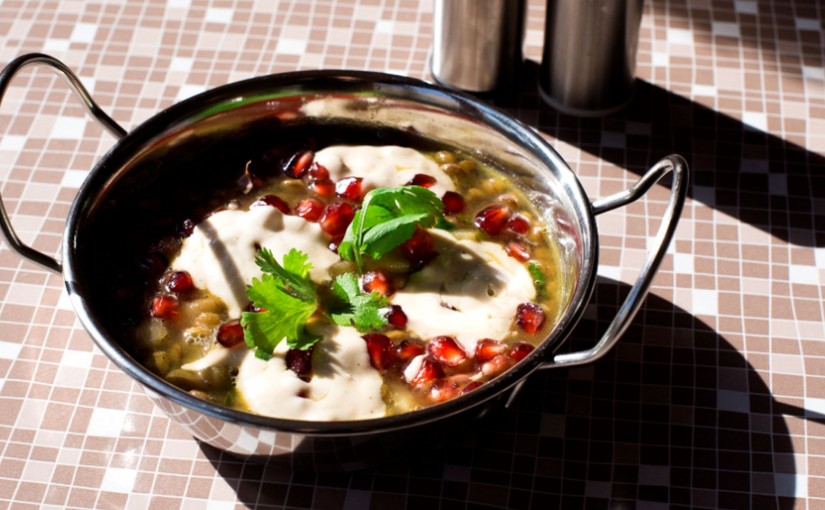 From Haaretz.com comes a story on Haifa’s hottest new preservation project which focuses on near-forgotten Levantine Arab culinary traditions. Haaretz.com, is the online edition of Haaretz Newspaper in Israel, and offers analysis from Israel and the Middle East. Haaretz.com provides extensive and in-depth coverage of Israel, the Jewish World and the Middle East, including defense, diplomacy, the Arab-Israeli conflict, the peace process, Israeli politics, Jerusalem affairs, international relations, Iran, Iraq, Syria, Lebanon, the Palestinian Authority, the West Bank and the Gaza Strip, the Israeli business world and Jewish life in Israel and the Diaspora.

Traditional foods are as worthy of preservation as historical sites and antique jewelry. That’s the concept behind Festival Al-Sham, a first-of-its-kind food festival that sets for itself the goal of preserving local Arab Levantine dishes in danger of disappearing.

Arab-Israeli celebrity chef Nof Atamna-Ismaeel, an organizer of the new festival, says there are many dishes with a long history than young people wouldn’t even recognize. The people who cook these foods are growing old, adding a level of urgency.

Dr. Atamna-Ismaeel, a microbiologist Ph.D. who soared to fame as the first-ever Arab winner of the Israeli reality cooking show “Master Chef” last year, is known for her modern Arab fare. But Atamna-Ismaeel says that in order to modernize the Arab kitchen, she had to have a thorough grasp of its history.

“Unfortunately, no one has ever done a thorough preservation job for the dishes of the Levantine Arab kitchen,” she says. “We’re at a critical time for preservation. The generation that mastered the preparation of these dishes is disappearing. These Arab dishes that are going extinct have great historical significance, and preserving them is no less important than preserving historical sites and artifacts. We need to preserve the food and the recipes on which previous generations grew up. They’re the base of the food we eat today.”

The Al-Sham Festival, which takes its name from the word Levant in Arabic, is part of the Festival of Festivals held in Haifa every year to mark Hanukkah and Christmas. As part of the festival, which ends Friday this week, 29 restaurants around the mixed Jewish-Arab city are hosting Arab chefs preparing traditional foods.

Arabs and Jews will find different things to appreciate in the food festival, says Atamna-Ismaeel. For Arabs, this is a chance to remember the food of their mothers and grandmothers — and many younger Arab citizens probably won’t recognize many of the foods at all, she says. For Jews, this is a chance to explore Arab foods that they won’t usually find on the menu of the Arab restaurants in the country, she adds.

Many of the foods being served at the festival have cultural significance, she explains. For instance, some were traditionally served after the olive harvest, while others were fed to new mothers.

It’s not necessarily a simple task to take traditional foods and present them to a modern audience, Atamna-Ismaeel notes. Many of the dishes necessitate great creativity in order to enable them to appeal to a modern audience, she says.
Take, for instance, the traditional nigella cake, called “ka’akat al-kazha” or “ka’akat habit al-brakha” — “cake of blessing seeds.” The cake is made from a paste of bitter nigella seeds, known as “seeds of blessing” or simply “black seeds” in Arabic.

While nigella is widely used in Mediterranean food, topping savory pastries or in salads, as Atamna-Ismaeel notes, you’d be hard-pressed to find it in desserts. Traditionally, nigella cake would be served to women who had just given birth in order to encourage milk production, Atamna-Ismaeel says. The traditional nigella cake contained olive oil but no eggs or other animal products, she notes. 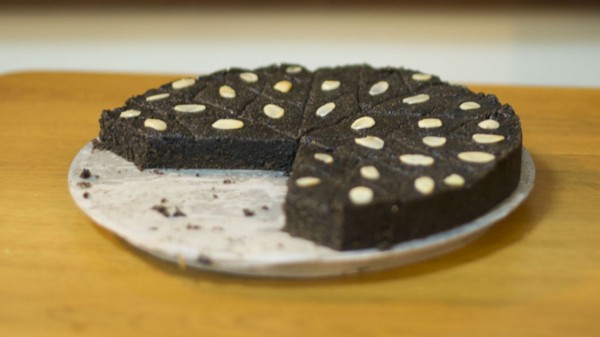 Another traditional food being served at the festival is “haromaniyeh,” pictured above, a lentil stew at risk of disappearing from the Arab culinary landscape due to its association with poverty, says Atamna-Ismaeel. The dish’s origins are unknown, but everyone claims it as their own — residents of Jaffa and Gaza both say it originated with them, she says.

While Atamna-Ismaeel says she’s not so naive to think that food will bring peace, she says she hopes the food festival can help break down racism in Israel during these tense times. “I’m sure that via food, I can move racism aside and provide stable ground for those who want to live together, who are looking for points in common and are open to get to know the other,” she says.

INSTRUCTIONS:
Heat the oven to 180 degrees Celsius (350 degrees Fahrenheit). Lightly oil a 30-centimeter cake pan with a bit of olive oil.
Mix together all the cake ingredients and pour into the pan. Wet your hands and pat the mixture down so the surface is flat.
With a knife, cut diamond-shaped slices into the cake. Bake for 20 minutes, or until the cake is dry.
In the meanwhile, prepare the syrup to top the cake: Boil the water, lemon and sugar and let simmer for 5 minutes. Remove from the flame. While the cake is still hot, pour the syrup over the cake; it will be absorbed into the cake.
Decorate the cake with almonds.

INSTRUCTIONS:
Peel the eggplants and chop them into 1-centimeter cubes. Put the lentils and the eggplant in a pot and cover with water. Bring to a boil and cook until the lentils are soft and the eggplant has almost fallen apart.
Add the pomegranate juice and continue simmering on a low flame. Add the cumin, as well as salt and pepper to taste. Dissolve the flour in a bit of pomegranate juice or water and add to the pot while stirring.
Meanwhile, in a pan, fry the garlic and cilantro in the olive oil. Pour the oil into the soup while stirring.
Cook the stew until nearly all the liquid has been absorbed by the lentils. Ladle into bowls.
The stew can be served with a heap of fried onions, lemon or pomegranate juice, crackers or bread.

ABC News offers another perspective on the Festival Al-Sham here.