Iran is an incredibly complex country that cannot be covered in just one unit. This resource guide is centered around helping teachers and students understand the complex relationship between Iran and the United States. The following tools provide context about the history of the relationship, what went wrong, and why tensions still exist today. Major moments in […]

A Closer Look at the Presidential Election in Iran 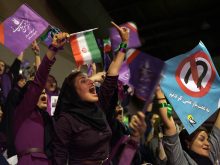 On May 19th, Iranians return to the polls to select their next president. The much anticipated event has received a great deal of scrutiny from journalists and analysts who have been closely monitoring the candidates and their campaigns. Iran continues to play center stage in global politics due to concerns about its compliance with the [...]
Conflict & Change, Politics, Policy & Security, The Middle East in Focus

Learn About the Negotiations that Led to the Iran Nuclear Agreement

The highly contested negotiation talks between Iran and the P5+1 (the five permanent members of the UN Security Council, plus Germany) over the former's nuclear program resulted in a tentative framework for an eventual agreement. These discussions have been on the center stage of the global community whose concerns over regional security have elicited a [...]

Four Maps That Explain Iran’s Place In The Middle East 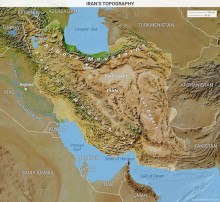 From Mauldin Economics comes this review of four maps that explain Iran’s place in the Middle East. It is important to understand Iran’s geo-political position in the region as the country has significant influence in several countries and is involved through financial and material support in at least three current conflicts. The people of Iran, […] 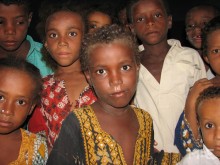 GEOGRAPHY Iran (pronunciation: ih-rahn) is dominated by rugged mountains, high basins (visit this link to learn about the difference between a valley and a basin), and desert, offering a unique and diverse geography ranging from snowy mountainous regions and hot and dry plains to subtropical lowlands. It borders seven countries and two large coastlines. In [...]
Politics, Policy & Security, The Middle East in Focus

This summer marked a historic transition in the Israeli government, as Benjamin Netanyahu was ousted from his position as prime minister after twelve years. Because Israel has no term limits, Netanayhu could have potentially maintained this position for much longer.  On June 13, 2021, Israeli parliament, the Knesset, voted 60-59 in favor of enacting a […]

The Land & Environment, The Middle East in Focus

Renewable Energy in the Middle East

While the Middle East is often associated with fossil fuel production, the region has immense potential for the development of renewable energy. In particular, the sunny climate is well-suited for large scale solar energy production. In many countries, ubiquitous cheap oil and gas have long inhibited the development of major initiatives to move towards renewable [...]
Diversity in America, The Middle East in Focus

A Look at the Islamic Center of Washington, D.C. 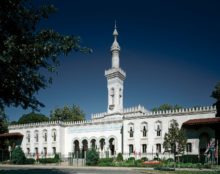 The Islamic Center of Washington was “the first major congregational mosque” in America and remains one of the country’s most magnificent. From the outset, the mosque was a multinational effort between diverse Muslim groups living in the capital to construct a shared worship and cultural space. Although the mosque’s architect Mario Rossi was Italian, he […]