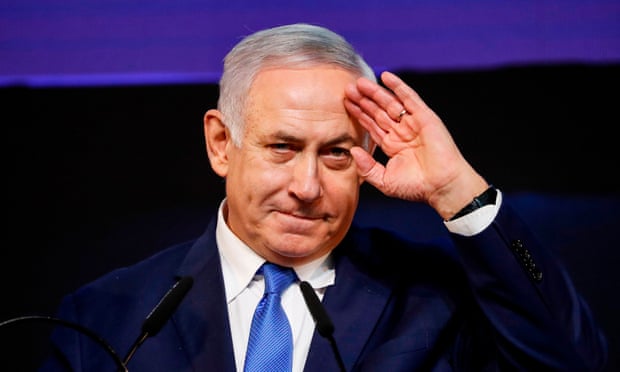 This combo edition of The Week in Review includes events between April 1st through April 14th.

On April 2nd, Iran’s Foreign Ministry accused the Trump administration of blocking efforts to aid Iranian victims of disastrous floods through “inhumane and cruel” restrictions imposed by renewed American banking sanctions on the country. The State Department denied the allegation, asserting that the United States stood ready to help. It said a botched response to the flooding by the Iranian government had contributed to the disaster. The acrimonious exchange came against the backdrop of what is shaping up to be some of the worst flooding to strike Iran since the Islamic revolution 40 years ago. The actual extent of the disaster has been difficult to ascertain because the Tehran government has not let foreign journalists visit stricken areas.

On April 8th, UN chief António Guterres strongly condemned the military escalation and ongoing fighting in and around the Libyan capital, Tripoli. More than 3,400 people have fled fighting near in recent days and the UN called on all warring parties to halt military activities so that emergency services can rescue trapped civilians. According to The Conversation Web site, the fighting appears to be the most serious escalation since the current Libyan civil war started in 2014. The war developed when the overthrow of Muammar Gaddafi’s longstanding regime created a vacuum that various factions tried to fill. Today Libya is divided between two political-military authorities: a parliament in the east backed by Khalifa Haftar’s Libyan National Army, which now controls large amounts of territory, and an internationally-recognized executive headed by Fayez Serraj in Tripoli and backed by militias largely based in the capital and the region around it. Haftar’s assault on the capital is officially targeting militias that he describes as “terrorists”, but in reality, his opponents are the various militias that have controlled Tripoli for a number of years, including forces from the powerful city of Misrata. Some think that Haftar wanted to disrupt a UN peace conference that had been planned for this month. Given the collapse of talks between Haftar and Serraj earlier this year, Haftar could be seeking to impose himself militarily in the face of opposition to his inclusion in the current or future government of Libya.

On April 8th, the Trump administration designated Iran’s Revolutionary Guard a “foreign terrorist organization”. The Iranian Revolutionary Guard Corps, or IRGC, evolved from a paramilitary, domestic security force with origins in the 1979 Islamic Revolution to a transnational force that has come to the aid of Tehran’s allies in the Mideast, from Syria and Lebanon to Iraq. The force answers only to Iran’s supreme leader, operates independently of the regular military and has vast economic interests across the country. The group is estimated to have between 125,000 and 150,000 members today, but it’s unclear how many of those include the Quds Force, an elite wing of the IRGC that oversees foreign operations. The IRGC oversees the country’s ballistic missile program, backs a number of Shiite militias across the Middle East, and runs a construction company responsible for much of the country’s infrastructure. A fact sheet about the move released by the State Department stated: “This action is a significant step forward in our maximum pressure campaign against the Iranian regime. We will continue to increase financial pressure and raise the costs on the Iranian regime for its support of terrorist activities until Tehran abandons this unacceptable behavior.”

Also on April 10th, Reuters reported that Egypt had pulled out of the U.S. effort to forge an “Arab NATO” with key Arab allies, according to four sources familiar with the decision, in a blow to the Trump administration’s strategy to contain Iranian power. Egypt apparently withdrew from the Middle East Strategic Alliance because it doubted the seriousness of the initiative, had yet to see a formal blueprint laying it out, and because of the danger that the plan would increase tensions with Iran, said an Arab source who spoke on condition of anonymity. In addition to the United States and Saudi Arabia, the MESA participants include the United Arab Emirates, Kuwait, Bahrain, Qatar, Oman and Jordan. Two days after the Riyadh meeting, Egypt President Abdel Fattah al-Sisi visited Washington for talks with Trump.

On April 10th, Israel’s prime minister, Benjamin Netanyahu, shown above, won his fifth term after his main rival conceded that he had lost the election. Despite three impending corruption indictments, the prime minister emerged as the winner from a tight election race to continue his 10-year stretch in high office. Netanyahu has already begun to broker deals with religious and far-right parties to form Israel’s next government. The 69-year-old former commando, who first became prime minister in 1996, is on track to become Israel’s longest-ever serving leader this summer. “This is a night of tremendous victory. Tremendous,” he said even before early poll counts had been released. “Tonight, I already began talks with the leaders of the rightwing parties, our natural partners.” Though Arabs make up 20% of Israel’s voting population, sections of the community called for an election boycott, after a campaign filled with racist rhetoric. Arab parties appeared to have lost three seats in the Knesset. Netanyahu tweeted that Trump had called him to congratulate him on his re-election for a fifth term.

On April 11th, Sudan’s president, Omar Hassan al-Bashir, was deposed in a military takeover – the same way he came to power 30 years ago. His removal, like Algeria’s Bouteflika nine days earlier, was precipitated by the largest peaceful demonstrations in a generation that included a massive sit-in attended by hundreds of thousands in the capital, Khartoum. Initial elation over the protesters’ perceived success was followed by a mixture of disappointment and disbelief after an announcement of new military leadership. Sudanese Defense Minister Awad Ibn Auf declared on state radio the establishment of a two-year transitional government administered by the military with him in charge, adding that the constitution was suspended, that a three-month state of emergency was in effect and that a curfew had been imposed. State media reported that all political prisoners, including leaders of the protests, were being released from jails around the country, but protesters were angry that their demands for a civilian government were not met and vowed to continue their sit-in.