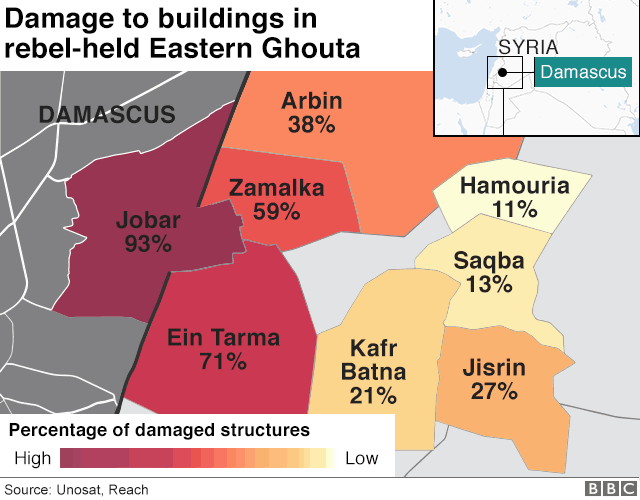 Again, the horror in Syria dominated the headlines due to dictator Bashar al-Assad’s appalling disregard for human life. The humanitarian situation in the Eastern Ghouta district near Damascus has reached abysmal depths over the past week as his government continues its campaign to reclaim one of the country’s few remaining rebel-held territories. The UN remarked that Syria had endured a week of “hell on Earth” as a result of the pro-government forces’ ruthless attempt to annihilate opposition forces that have controlled the area since 2013. The UN reported that 341 people had been killed since Sunday primarily from air strikes decimating entire communities. Damage and control over the region has created a major humanitarian crisis as aid and security has not been provided efficiently to support innocent civilians affected. The UN Security Council is considering a drafted resolution to provide humanitarian aid and medical evacuations, particularly as the Syrian government and allies including Russia, have targeted hospitals and other institutions such as schools, markets and mosques. Food and medical shortages have led to malnutrition. Residents are sheltering in basements or wherever possible in the parts of buildings that remain standing in order to avoid the reported onslaught of mortar shells, barrel bombs, cluster bombs, and bunker-busting munitions. Furthermore, Reuters reported that on Sunday, according to the health authorities in the opposition-held area, several people suffered symptoms consistent with exposure to chlorine gas, with one reported death and many treated for respiratory complaints. In response, the Russian defense ministry accused rebels of preparing to use toxic agents in Eastern Ghouta so they could later accuse Damascus of employing chemical weapons. A UN Security Council resolution passed on Saturday, calling for a 30-day ceasefire in Syria, but activists and locals said the shelling continued regardless. The area is home to 400,000 people. An Aljazeera feature, Eastern Ghouta: What is happening and why gives an overview on the situation.

Other developments over the past week include:

Lastly, in a somewhat petulant display of Turkey’s ongoing discontent over the ambiguous status of the United States military role in Syria, Turkish authorities renamed a street where the U.S. Embassy is located with the name of Turkey’s military offensive in Syria that has led to tensions between the allies. Ankara municipal workers put up the new sign in Turkish for Olive Branch Street, replacing the one named after a late Ankara governor. Turkey launched Operation Olive Branch last month to drive a Syrian Kurdish militia, YPG, out of northwest Syria. The militia group, which Turkey regards as terrorist, has been a major U.S. ally in the fight against jihadist extremists. Until next week!
WP Twitter Auto Publish Powered By : XYZScripts.com