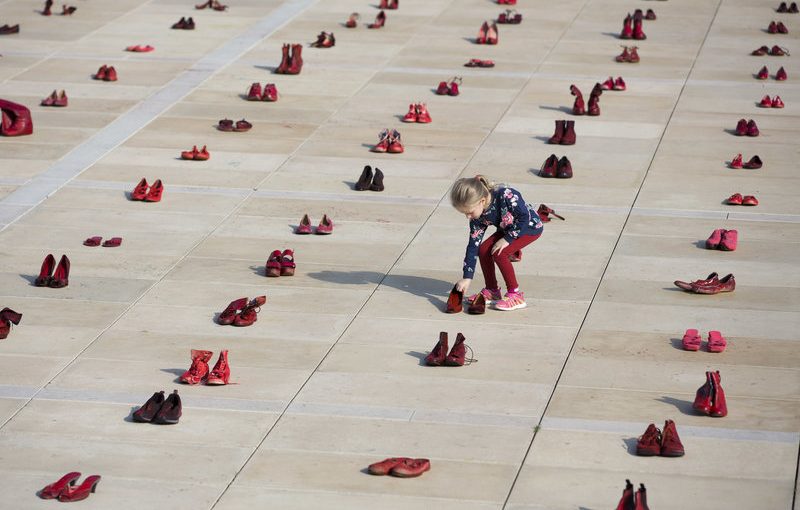 Qatar will withdraw from the Organization of the Petroleum Exporting Countries (OPEC) in January, Qatar Petroleum (QP), the state-owned oil company announced on Monday. The decision to quit the bloc of 15 oil-producing countries, which account for a significant percentage of the world’s oil production, reflects Qatar’s desire to focus its efforts on plans to develop and increase its natural gas production in the coming years, from 77 million tons per year to 110 million tons. Qatar has stated that this decision is not due to the blockade against them; rather, this decision has been discussed for several months, with QP finally declaring the beginning of next year as the right time to leave. Since 2013, the amount of oil Qatar produced has steadily declined from about 728,000 barrels per day in 2013 to about 607,000 barrels per day in 2017, or just under two percent of OPEC’s total output. “This organisation has become useless and adds nothing to us,” Sheikh Hamad bin Jassim Al Thani, Qatar’s former prime minister, wrote on Twitter. “They are used only for purposes that are detrimental to our national interest.” With Qatar supplying the majority of the world’s liquefied natural gas (LNG), the decision to leave OPEC is related to business, with a greater focus leaning on gas development and export.

On Tuesday, thousands of Israeli women participated in a nationwide strike to protest domestic violence in the country. The demonstrators are asking for more funding and action targeting domestic violence. The strikes were sparked by the killing of two girls at the end of November; including those deaths, 24 women and girls have been murdered in Israel this year. The women stayed home from work, obstructed roads, displaying red shoes and carrying coffins to represent the murder victims. The protesters chanted, “Bibi, wake up, our blood is not cheap,” referring to Prime Minister Benjamin Netanyahu. Only a few days before the strike, Netanyahu promised, “to bring a better future and hope for these women.”

A new report reveals that Tehran, Iran’s capital city and western Asia’s largest city by population, is sinking. Some parts of the city are falling by as much as nearly 10 inches a year. Previous work linked the sinkage to the depletion of groundwater aquifers, which are being sucked dry to irrigate nearby farmland and serve greater Tehran’s 13 million or so residents. Geoscientists Mahdi Motagh and Mahmud Haghshenas Haghighi, both at the GFZ German Research Centre for Geosciences in Potsdam, used satellite data to monitor subsidence across the Tehran region between 2003 and 2017. Subsidence, caused by growing populations and increased extraction of underground water, oil and gas, is a problem in cities globally. What does the shift mean to everyday life? The researchers observed uneven street surfaces, shifted curbs, cracks in the walls and even tilted buildings, some of which had to be demolished. In addition, huge fissures — several kilometers in length and up to four meters (13 feet) wide and deep — have opened up in the land to the southeast of Tehran, some of which are threatening to topple power-transmission lines and buckle railways. Authorities are fighting a losing battle as they try to regulate water extraction — some 100,000 illegal wells have been blocked across Iran, and the sinking that has already happened might be irreversible.

UNESCO’s recent designation of Syrian shadow puppetry as intangible heritage in need of saving sparks hopes that the dying art-form will not be lost. Traditionally, Syrian storytellers have used dyed animal skin puppets to tell elaborate stories in cafes, but the ongoing war is threatening the continuation of this type of theatre. Shadi al-Hallaq, the last puppeteer in Damascus, expressed optimism after the UN move: “Until three or five days ago, it was an art that didn’t provide bread. Now we are thinking of buying bread and eating bread… I hope for the better.” Before the war, shadow puppetry was already nearly extinct. Al-Hallaq recreated it from descriptions recorded in stories and history books. During the war, he lost many of his puppets, as well as his set. Now, with UN support, al-Hallaq will begin teaching the craft to a number of potential future puppeteers. Hallaq said, “I can imagine how happy people will be to see this art survive and not disappear because it is part of our heritage and our culture.”
Embed from Getty Images

On Thursday, the Vatican announced that Pope Francis will make a historic visit to Abu Dhabi in the United Arab Emirates in February to attend an interfaith meeting. The pope had accepted an invitation from Sheikh Mohammed bin Zayed Al Nahyan, crown prince of Abu Dhabi, and the Catholic community there, and plans to visit the country from February 3-5. This trip is the latest by the pope to a Muslim nation, with a previous visit to Egypt, highlighting the pope’s interest in discussing inter-religious dialogue. In the past, Pope Francis has visited other Arabic-speaking countries such as Lebanon and Egypt; however, this will be the first-ever visit to the Gulf region for a leader of the Catholic church. The theme of the trip itself is peace — with a logo featuring a dove carrying an olive branch. This suggests that Pope Francis will be making a strong appeal for Christian-Muslim dialogue and peace within the region. At least 900,000 Christians live in the UAE, the majority being affiliated with the Catholic church and hailing from India and the Philippines. In the UAE as a whole, there are at least ten Catholic churches spread across the seven emirates.

On Friday, Qatar paid the salaries of nearly 30,000 Gazan civil servants, delighting the impoverished workers but angering some in the deeply divided Palestinian leadership who balked at the intervention of a foreign power. Thousands lined to get their cash at post offices — one of which was decorated with a large mural of Qatar’s emir Sheikh Tamim bin Hamad Al Thani and the message “Thanks Qatar”. Palestinian sources said the payout, thought to be around $15 million, was part of a $90 million Qatari donation that began in November and is due to be paid into Gaza over six months. The civil servants have become a symbol of a bitter and protracted power struggle between the two most powerful Palestinian factions, the Hamas Islamist movement which controls Gaza, and the Western-backed Palestinian Authority of President Mahmoud Abbas that controls the West Bank. Analysts say the infusion of outside money into Hamas-controlled territory presents something a dilemma for Israel — while it eases domestic pressure on Hamas, it also alleviates economic hardship that could provoke unrest and instability in Gaza. “It provides Hamas some relief from the domestic pressure from their employees, and it slightly stimulates the local market,” Mohammad Abu Jayyab, a Gaza economist, told Reuters.