What is Middle Eastern culture? Maybe you think of the Golden Age of Islamic civilization, or of hummus and falafel, but, in fact, there is a great diversity of the cultural production of the Middle East today. Of course, there still practitioners of the classical arts like calligraphy, ebru – Turkish paper marbling, miniature painting, Quranic recitation and singing of both Sufi and folk songs, shadow puppetry, tentmaking, zilij tilework, folk dance, and many more.  Many of these arts have experienced revivals under the patronage of the various states in order to maintain them as living traditions.

At the same time, artists in and from the Middle East, whether they work in music, the visual arts, film, dance, or other media, also produce works using the international vocabulary of contemporary art. Some may fuse elements of the traditional with these contemporary works while others express themselves wholly within a modern context. Classical or contemporary, there is much to learn and appreciate from cultural practices and traditions. Here we feature some works and artists, and provide links to others.

Women, Life, Freedom Protests in Artistic Spaces On September 16, 2022, 22-year-old Mahsa Amini died in Tehran after being arrested by police. Amini was detained by Iran’s ‘Guidance Patrol,’ the country’s religious morality police who arrested Amini for allegedly not wearing her hijab according to the country’s Islamic dress code. Amini’s death sparked protests in […] 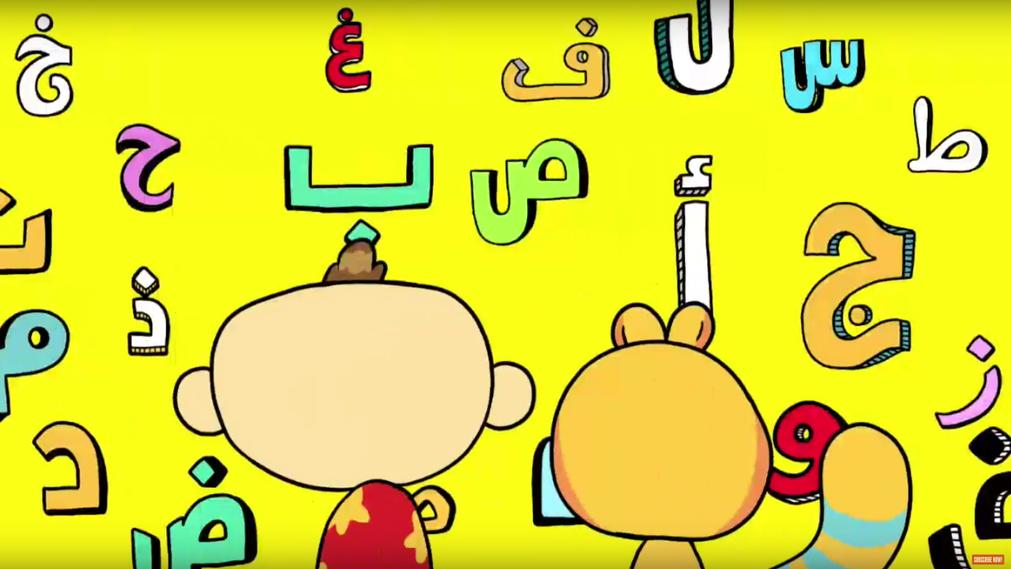 On social media sites and in chat rooms, Arabic-speaking populations could suddenly speak to and entertain each other in their own dialects. But bringing Arabic online wasn’t easy: not only were these dialects spoken, not written, many websites weren’t able to accommodate Arabic script (most social media sites only added Arabic-supported versions in the late 2000s). The solution Arabic-speaking youth developed was Arabizi, a method of transliterating Arabic with Latin letters and numerals to represent letters not present in English. 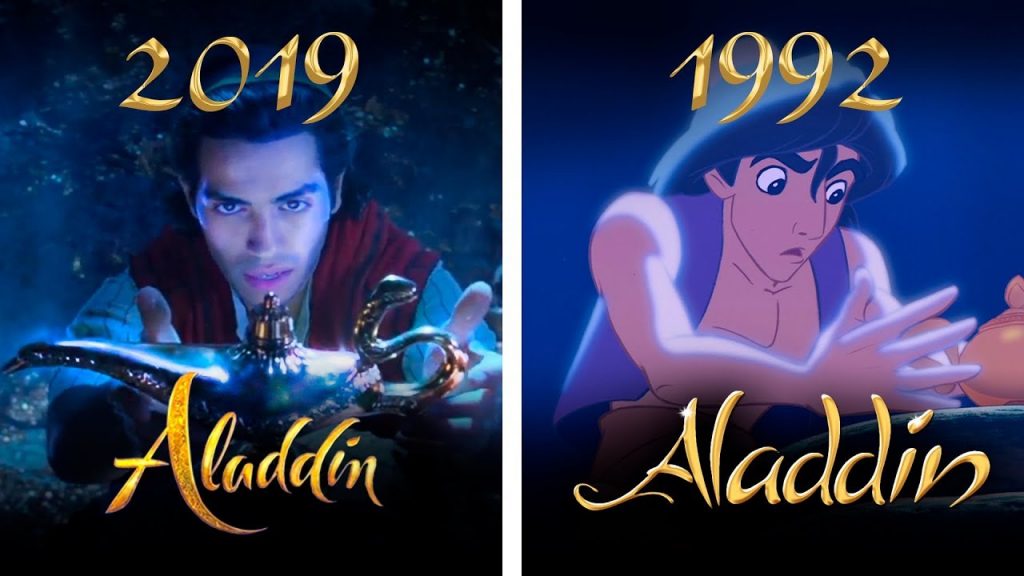 5 Things to Know About Aladdin

Aladdin film poster comparison. Screen capture from YouTube. In May 2019, Disney released a live-action version of Aladdin, which tells the story of an affable street-urchin who accepts the services of a trickster genie to win over the sultan's daughter, Jasmine. The film is an adaptation of a folktale from the 18th-century, Arabic-language collection, A [...] 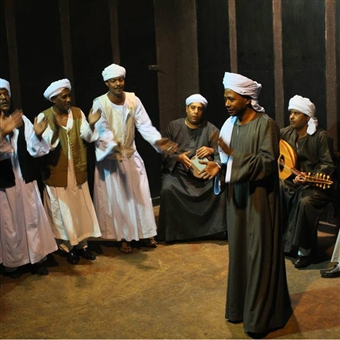 Before the emergence of musical instruments, humans clapped their hands to define and create the rhythm of music. Actually, hand clapping was an art of its own. Dating back to the days of the pharaohs, the art of kaff — Arabic for palm clapping — flourished in the Arabian Peninsula. Improvisational poetry is considered part and parcel of this art. With […]

You have zero interest in algebra, so you grab some alcohol — or maybe a coffee with extra sugar — sit on the sofa or mattress, eat an orange or some candy, and read a magazine or surf the web with Safari and Adobe. And just like that, you’ve used a dozen words that came […] 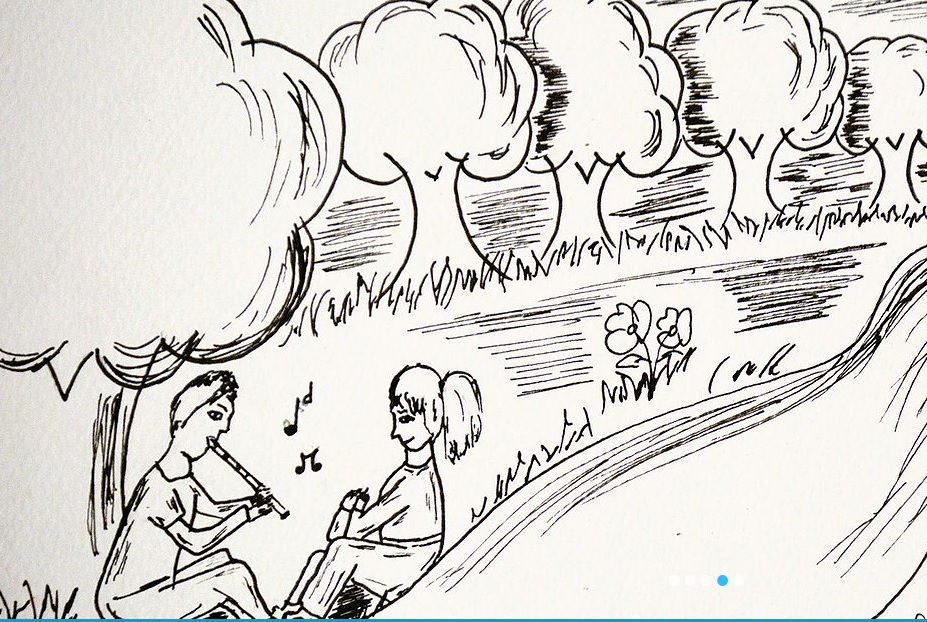 The Middle East is often characterized by perpetual conflict, religious extremism, poor governance, and people torn apart by sectarian, ethnic and national differences. However, there are a variety of initiatives whose goal is to promote dialogue and peaceful coexistence between groups of diverse backgrounds, demonstrating that divisions and enmity are man-made problems that can be […] 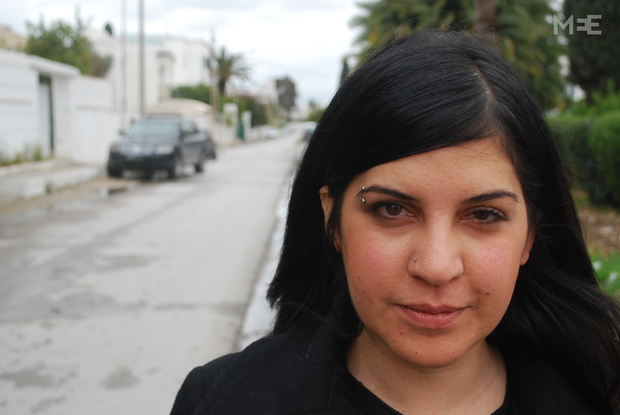 Inspired by the story of her own father’s imprisonment, Tunisian blogger and activist Lina Ben Mhenni is bringing thousands of books to prisoners across Tunisia to in an effort to stem the radicalization of petty criminals from religious literature and Islamist convicts. Excerpts from a profile shed light on the social and political environment in […] 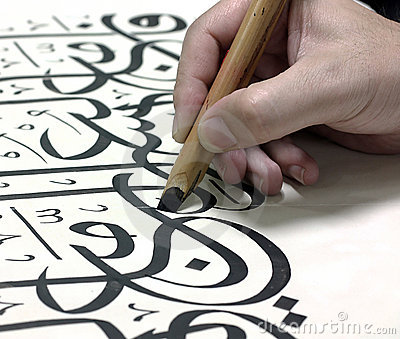 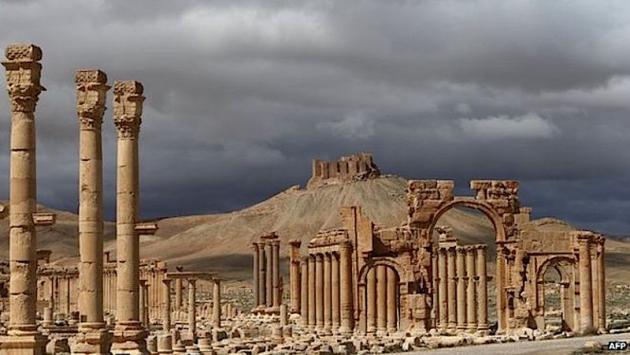 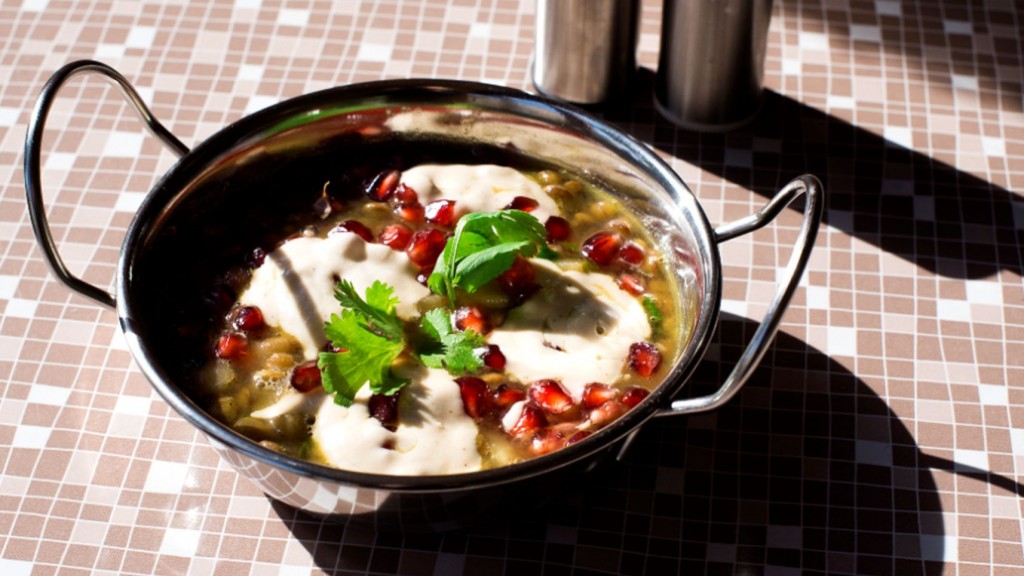 From Haaretz.com comes a story on Haifa’s hottest new preservation project which focuses on near-forgotten Levantine Arab culinary traditions. Haaretz.com, is the online edition of Haaretz Newspaper in Israel, and offers analysis from Israel and the Middle East. Haaretz.com provides extensive and in-depth coverage of Israel, the Jewish World and the Middle East, including defense, […] 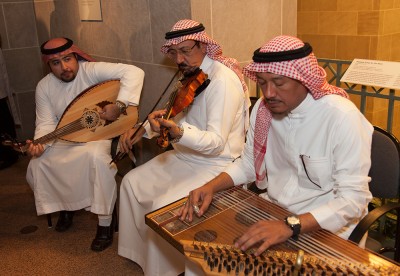 Sounds from Arabia: Arab Music from the Saudi Ensemble 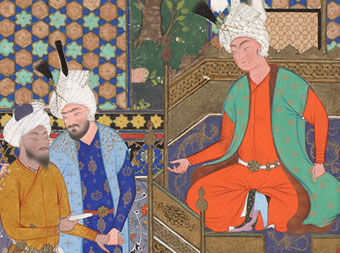 The Smithsonian’s Museums of Asian Art website contains a fascinating feature on the 1,005-year old literary masterpiece, the Shahnama, also called the Book of Kings. The feature, with in-depth details of a number of stories in the poem along with selections of art from the Safavid and other eras, is based on an exhibit at the museum in 2011 that celebrated the 1000-year anniversary of the completion of the captivating epic poem. 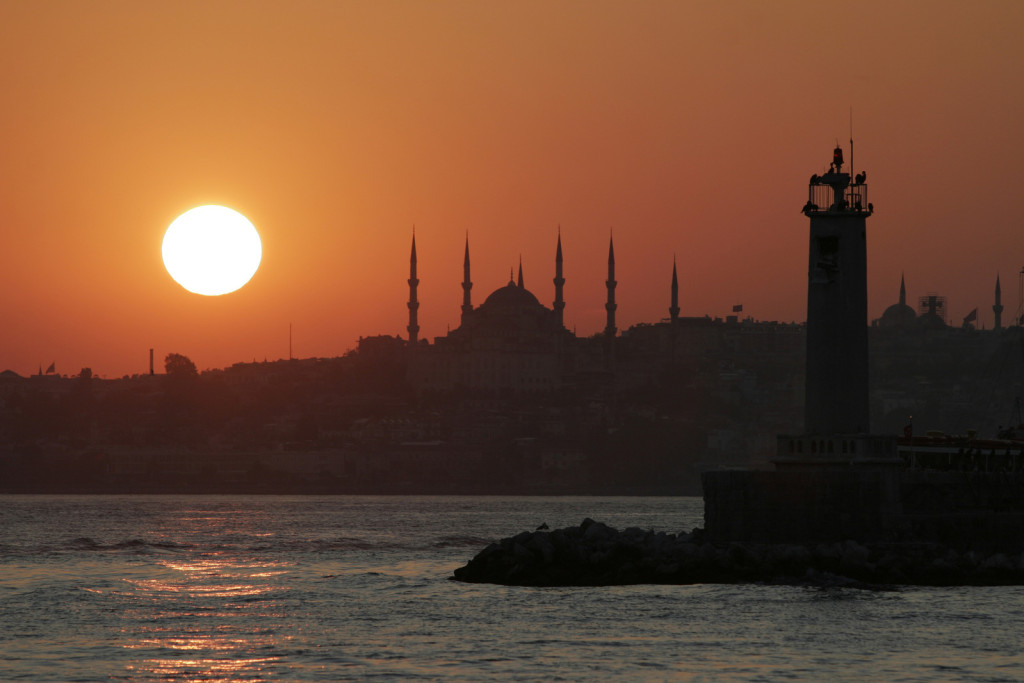 Films on the Middle East and Muslims

Powerpoint resource on learning about culture through cinema and documentary. 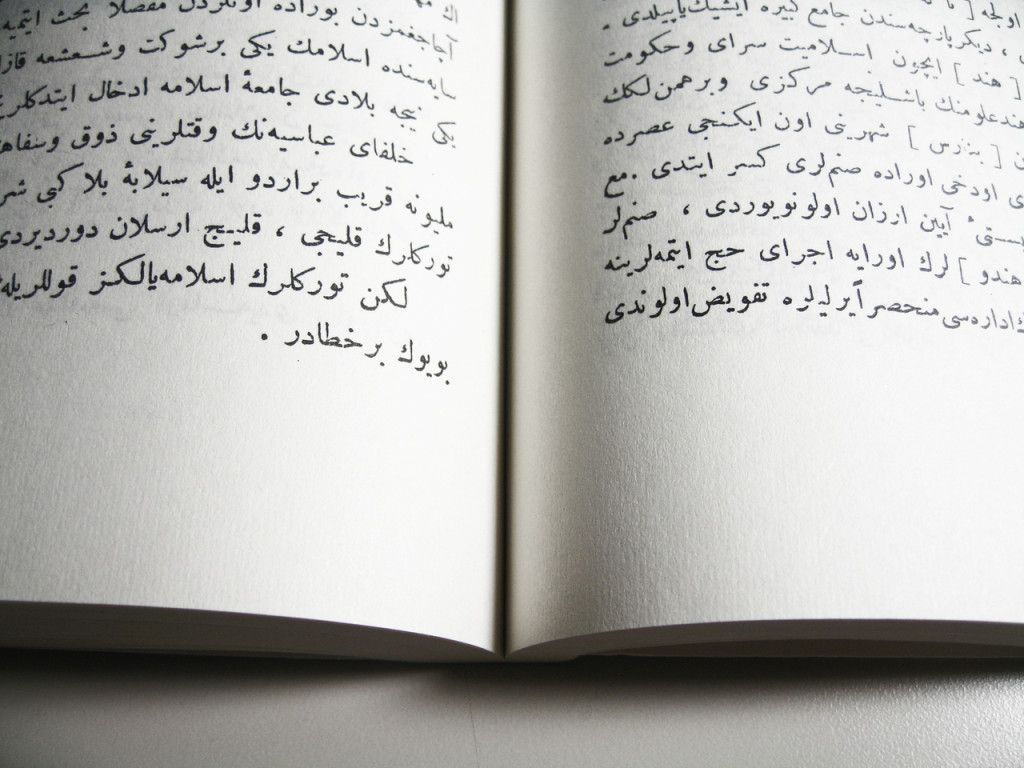 Arabic Contributions to the Spanish Language and Culture

From the desert they came - men filled with religious zeal and riding under banners inscribed with the motto "There is no god but God and Muhammad is His messenger".  After establishing the Middle East and North Africa as the foundation of their new Arab/Islamic Empire, the Arabs in the 8th century landed on the [...] 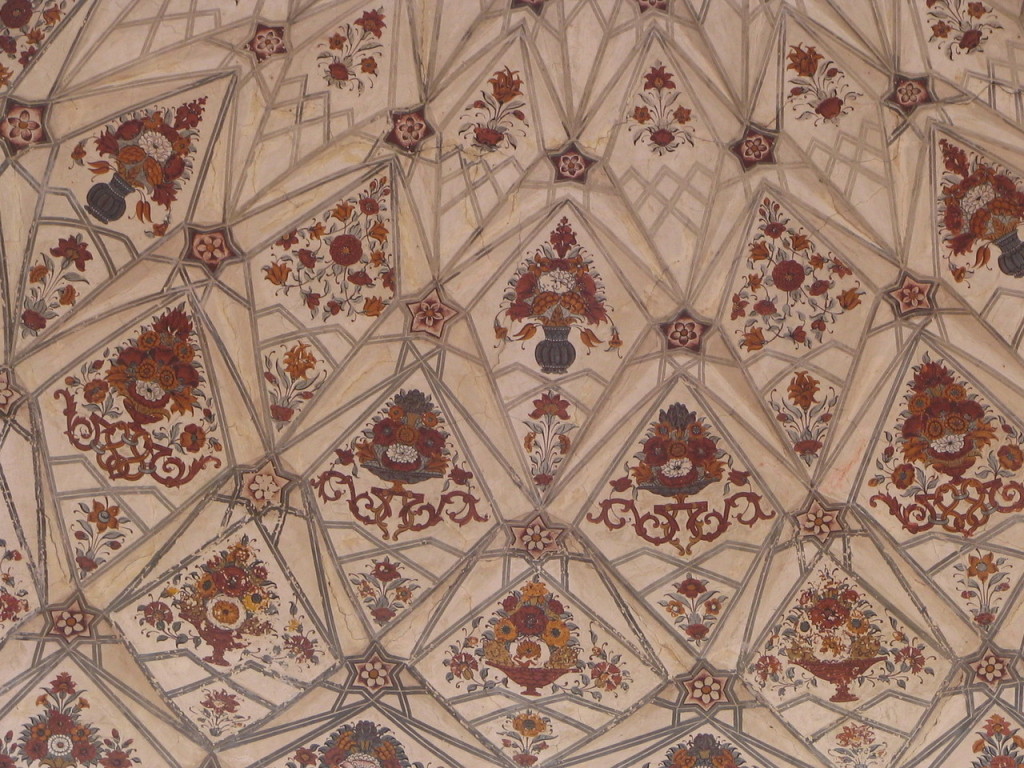 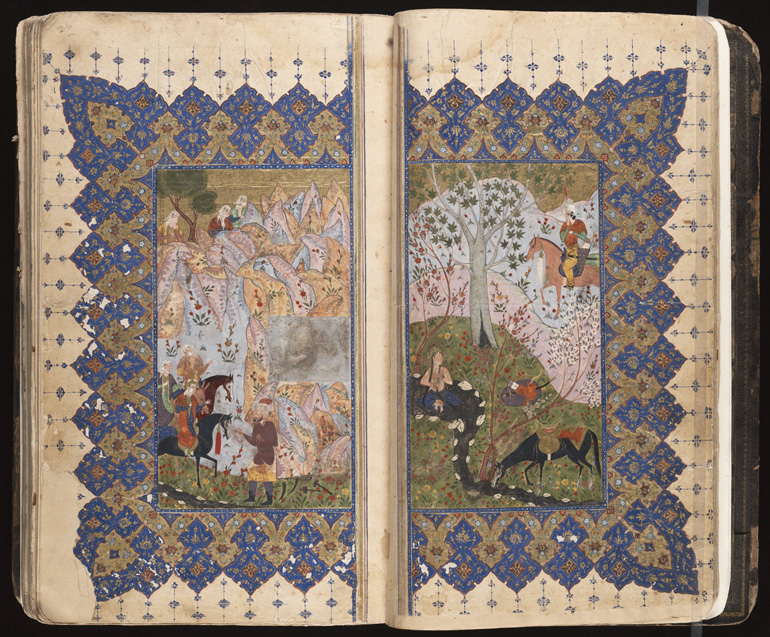 The Real Story of Representational Art in Islam

It is a common belief that Islam forbids art that shows the human figure, but the issue is more nuanced. Depictions of the Prophet Mohammed are taboo and socially unacceptable. A proliferation of images of the prophet in comics, newspapers, contests and other media has created extensive controversy in the United States and beyond in [...]

Graphic artist Joe Sacco conveys the everyday experiences of Palestinians in Palestine and Footnotes in Gaza Joe Sacco, a cartoonist, “grew up thinking of Palestinians as terrorists” (Khalifa). He eventually did his own research to fill in the gaps and decided he wanted to share his new awareness with others through his art. Sacco launched [...] 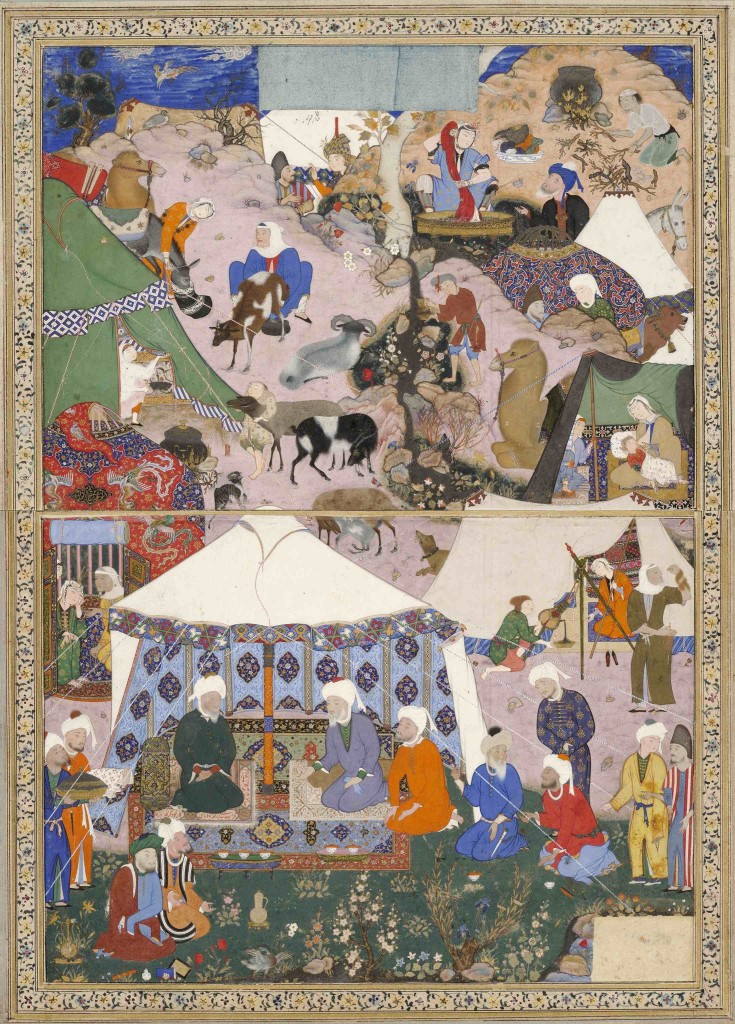 Let’s take a visual tour of two exquisite sixteenth-century Persian paintings, “A Camp Scene” and “Nighttime in a Palace,” from the collection of the Harvard University Art Museums. These two paintings not only are examples of incredible artistic virtuosity but also contain a wealth of social detail that illuminates urban and rural life, and, indeed, some [...] 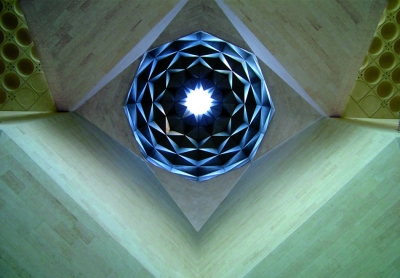 A Global Guide to Islamic Art

Written by Jonathan M. Bloom and Sheila S. Blair Reprinted from Saudi Aramco World (January/February 2009) Access the digital version of this article with an array of images, interactive maps, and other multimedia tools! Visiting an exhibition of Islamic art for the first time? Viewers familiar with western art traditions should be prepared for a [...] 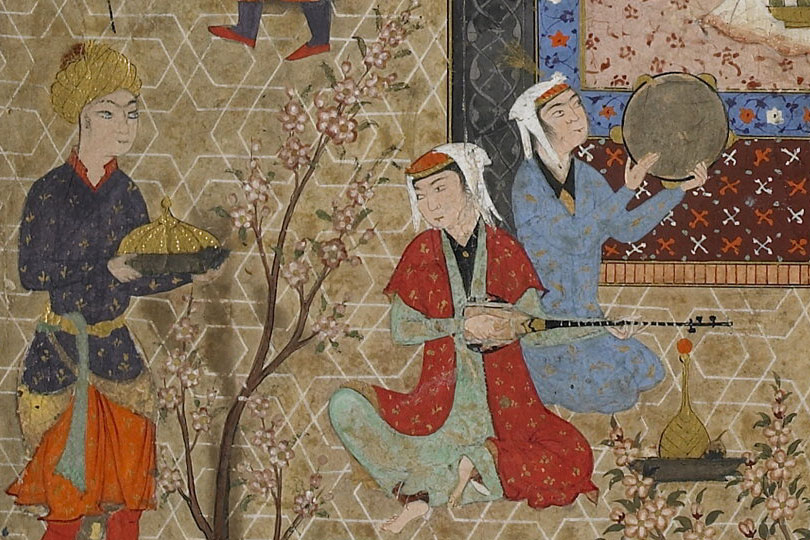 Persian Music Podcast from the Smithsonian

A Podcast Master of Persian Music: Hossein Alizadeh with tar and sitar. Listen to a podcast from the Freer Gallery at the Smithsonian featuring the ancient improvisational tradition of Persian classical music played masterfully by one of Iran's greatest musical legends. Hossein Alizadeh is a two-time Grammy nominee, once for his solo album Endless Vision and again as a member of [...] 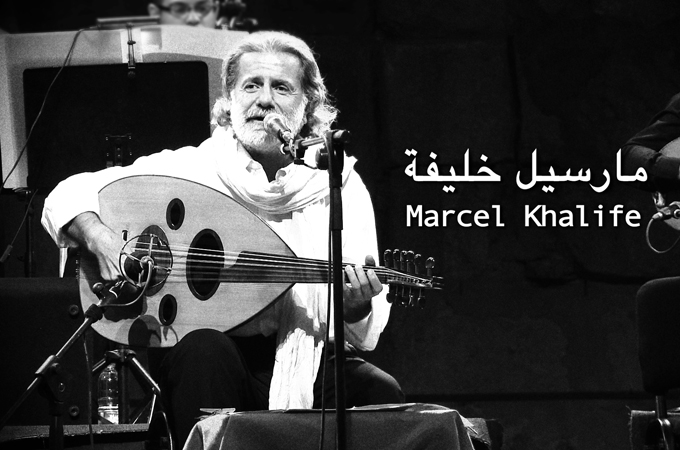 Though born in Lebanon, Marcel Khalife is a cultural icon throughout the Arab world. Perhaps no other contemporary artist has so changed the face of Arab music. Classically trained on the Oud (lute) at the National Academy of Music in Beirut, Khalife refused to be limited by the rigidity of tradition, thus significantly expanding the [...] 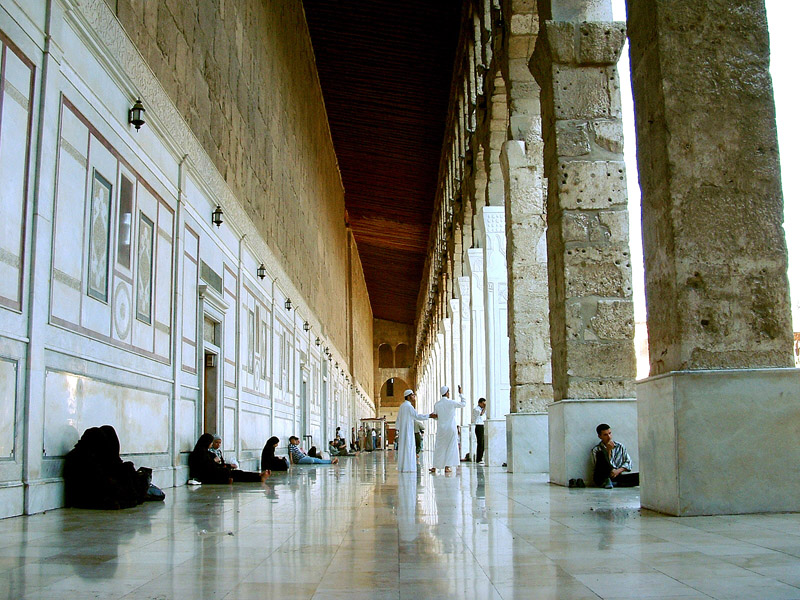 Ave Maria Performance Accompanied by the Islamic Call to Prayer

An example of religious plurualism in Lebanon, this Youtube video features Lebanese diva Tania Kassis singing an inspired arrangement of the Christian Ave Maria accompanied by the Islamic call to prayer, or adhan, performed by Mhammad Shaar and Maen Zakaria. Tania Kassis is very interested in religious and cultural dialogue, and in this song celebrates both [...] 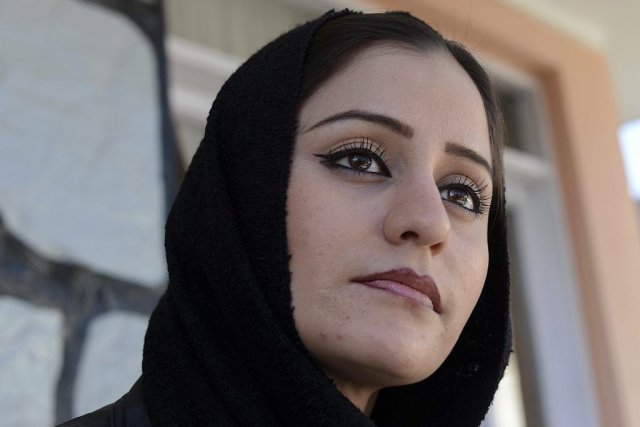 The BBC reports that Afghanistan's first female rapper is upbeat about the future.  Visit here for access to a video clip and the original article. Afghanistan's First Female Rapper Upbeat on Future By Caroline Wyatt, BBC News, Kabul 29 October 2012 In a country where women's' rights are still fiercely contested, Soosan Firooz has added a strong new [...] 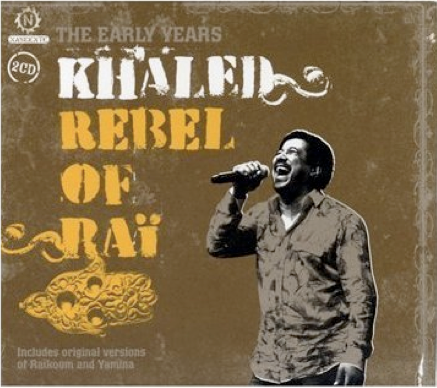 The Evolution of Rai Music

This article, influenced by an essay by Louis Werner begins with a very brief discussion of the development of “World Music” as a genre, then moves on to survey the phenomenon of Rai music which originated in Algeria. This article is adapted from a 1999 essay from Aramco World magazine on Arab pop music’s global [...] 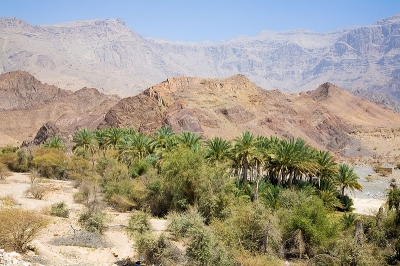 Proverbs from the Middle East and South Asia

The son of a duck is a swimmer. The apple doesn’t fall far from the tree; or Like father, like son. Open one eye when you sell, and both eyes when you buy. Buyer beware. Do not open a door which you cannot close Don’t bite off more than you can chew. Whatever is brought [...] 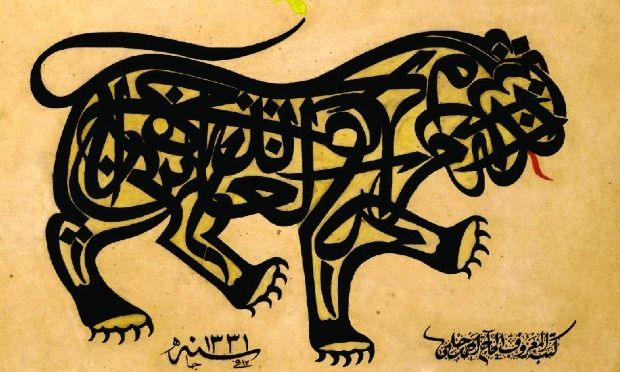 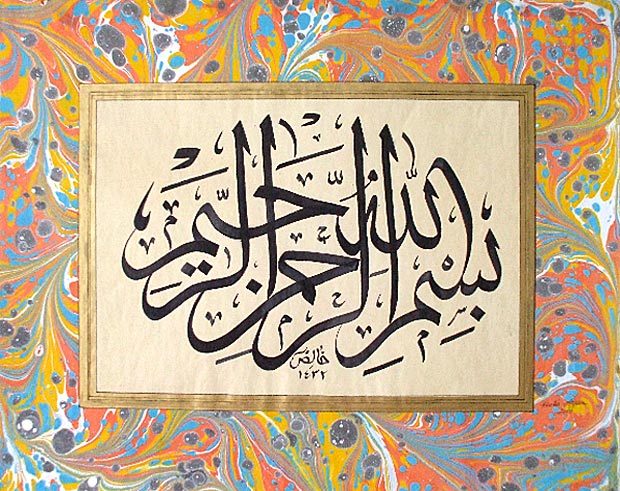 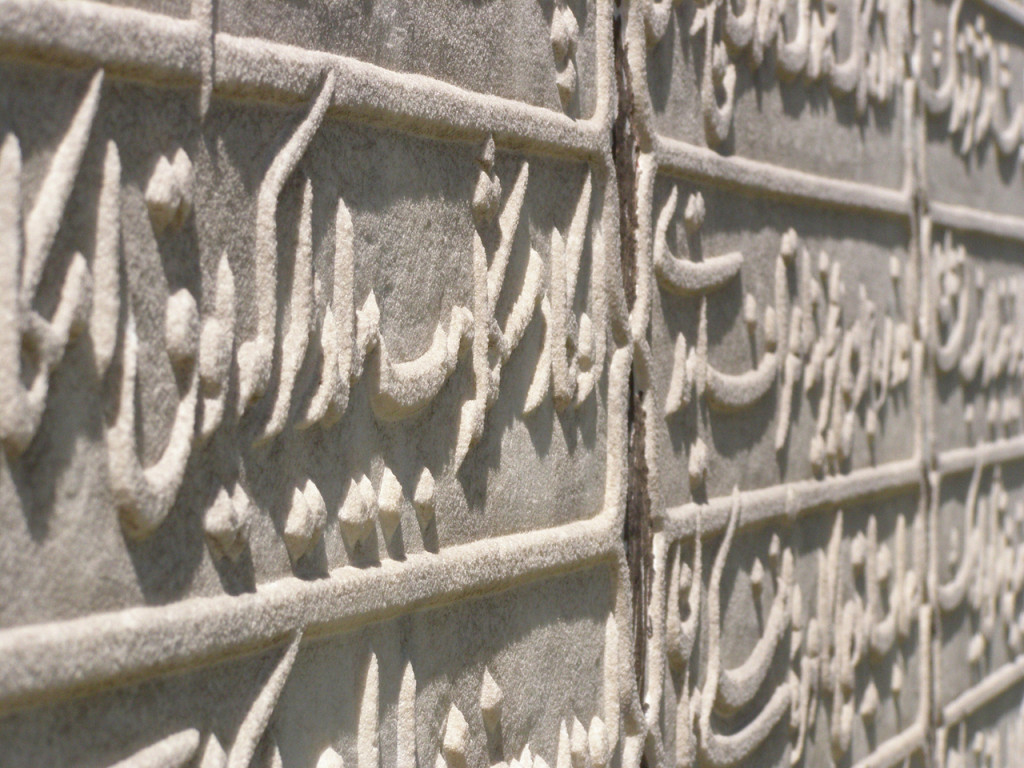 An Introduction to Arabic