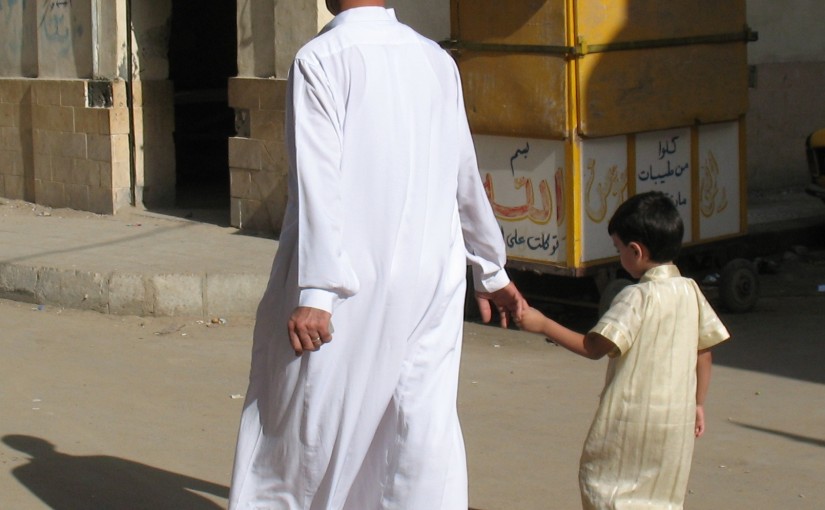 Objectives/Abstract: This versatile lesson can be used with classes from middle through high school to enable students to understand how stereotypical portrayals are embedded into various entertainment outlets.Classes can use one of a variety of Hollywood productions as a vehicle for uncovering and discussing the effects of stereotypes at a particular period in time.  Another option is to view a variety of different samples released over longer periods of time to gain a sense of the evolution of media representation of Arabs, Islam, and the Middle East.

Aladdin, the 1992, animated Disney film, is replete with both subtle and aggressive stereotyping of Arabs and Middle Easterners, but 23 years have passed since its release. In contemporary America, difficult conversations about racial and ethnic disparities have been gaining traction, challenging people to openly confront long-ingrained cliches, generalizations, and convictions about one another. The depictions in Aladdin can now be seen as both shallow and exaggerated, and just plain wrong. Since 9/11, the United States’ geopolitical relationship with and perception of people in the Middle East have dramatically shifted. The ongoing military presence in the region and the advent of social media have made ideas of Islam, Arabs, and the Middle East more easily accessible, but greater access to information has not necessarily been accompanied by accurate and fair representation.

Increased engagement with the Middle East has also led to a proliferation of television shows and films focused on the region, its people, their relationship with the West, and an ongoing battle between good and evil, or freedom and repression. Complicated and fuzzy relationships between political leaders, collaborators, terrorists, men and women, intelligence agents, civilians, the military, and even aid workers have muddled the us vs. them divide, and overt stereotypes have given way to the expression of more fundamental ideological differences but also a sense of shared humanity. Further, the United States’ missteps in relation to the wars in Afghanistan and Iraq has challenged the reliable paradigm of the inherently good and heroic American. Stereotypes persist, certainly, but has the entertainment industry perpetuated stereotypes or merely mirrored the ambiguity and confusion felt by many Americans?

This exercise can help students grasp how ideas and opinions, and stereotypes, are developed and shaped over time, and with discussion, help them relate fictional representations to real-life situations.

Guide the discussion and organize the feedback into specific categories that can highlight different sets of stereotypes:

The following concepts can be explored in your classroom discussions:

— Stereotypes are generalizations that are assigned to groups of people. These groupings can be by race, class, gender, religion, country of origin, etc.
— These generalizations (whether negative or positive) are used to confine a group to others’ standards and expectations . For example, all Indian-American students are good at spelling and always win the Spelling Bee, or, all African-Africans are great athletes.
— There may be a grain of truth to some stereotypes insofar as you can usually find examples of people who do possess commonly-attributed characteristics or abilities. There are fantastic African-American athletes, but there are likely plenty with no interest in sports who are drawn to other fields like science, or literature, or social work. Some Asian-Americans might excel in math, but also be interested in drama. Stereotypes can put limitations on people’s potential.
— People can be mistrusted and mistreated because of the stereotype associated with their group; racial profiling young black men is a contentious issue in the United States, while people perceived as Muslim, some of whom were in fact adherents to other faiths, were treated degradingly following the September 11th terrorist attacks.
— One can also note that stereotyping is in some ways a natural mode of human learning— we often use overly broad categorization when we don’t have enough information about a subject. However, our generalizations and simplistic understandings need to change as we are exposed to more complex information on a subject.