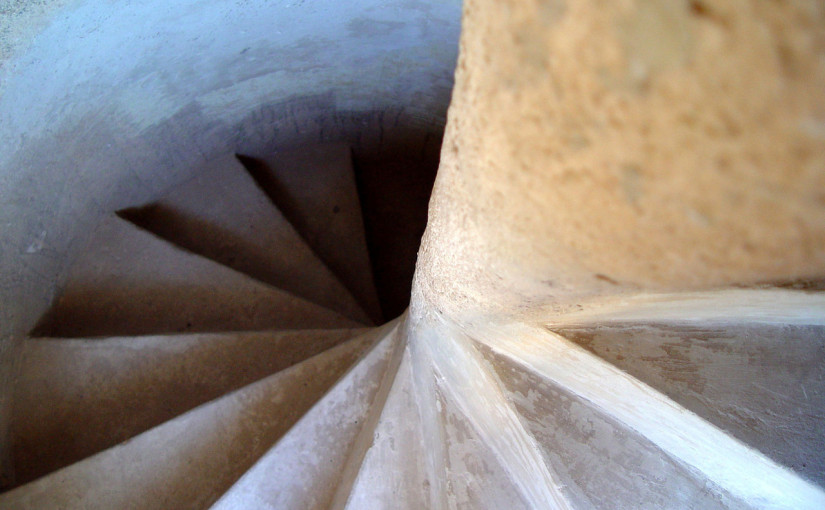 A printable version of this timeline is available for download at the bottom of this page.

Babylon, under the rule of King Nebuchadnezzar II, conquers Judah and destroys the Jewish Temple.

Cyrus the Great establishes the Achaemenid Persian Empire after a successful revolt against the Medes, an ancient Iranian people.

At the Battle of Salamis, an Athenian naval victory stops the Persian advance into Greece.

Massinisa becomes king of Eastern Numidia — an ancient Berber kingdom also known as Massyli (east of current Algeria), succeeding his father Gala. He establishes the capital of his kingdom in Cirta (present-day Constantine, Algeria). He will die in 146 BCE during the siege of Carthage by Rome.

Rome destroys the Phoenician settlement along the North African coast after a prolonged conflict.

Octavian defeats Cleopatra and Marc Antony, signaling the start of the Roman Empire.

Judea, then part of the Roman Empire, rises up in a revolt which is crushed by Emperor Titus. Jerusalem is sacked and the Second Temple is destroyed.

Death of Saint Antony, an Egyptian Coptic monk and pioneer of ascetic monasticism.

Rome falls to the Visigoths, throwing Europe into a period of great instability.

Death of Imruu-l-Qays, who is later recognized by Prophet Muhammad and by Arab literary critics of the ancient Basra school (Iraq) as the most distinguished poet of pre-Islamic times. He is the author of one of the seven Muallaqat (suspended poems), which are among the most important works in Arabic literary history.

Birth of the Prophet Muhammad in Mecca in the Hijaz region of the northwestern Arabian Peninsula. After losing his father, Abdullah, at a young age, he is first put in the care of his grandfather Abd al-Muttalib, then of his uncle Abu Talib, who raises him and later becomes his mentor and protector. Abu Talib is the father of the Muhammad’s cousin, Ali, who will become an important figure in the history and early literature of the Muslim Shia sect.

According to Islamic belief, during the lunar month of Ramadan the archangel Gabriel reveals the first verses of the Quran to Prophet Muhammad on Hira, the mountain on which the Prophet spent time in meditation. Muslims believe that these revelations are God’s final message to mankind, never to be superseded by another, and that God chose Muhammad as his final messenger and instructed him to spread the message of Islam. The month of Ramadan is celebrated every year in remembrance of these revelations.

Muhammad and his followers flee from Mecca to Medina (known at the time as Yathrib) to escape increased persecution from the non-believers of Mecca, who are thought to have plotted to kill him. This episode in Islamic history is known as Hijra (migration). During his early years in Medina, Muhammad receives revelations offering guidance on the social and economic relations between individuals. A small state begins to form, and the Islamic community (Ummah) acquires a self-conscious identity. For this reason, the date of Hijra becomes the start of the Islamic calendar.

A series of small battles between the people of Mecca and Muhammad’s followers in Medina lead to the conquest of Mecca. Muhammad and his forces enter the city without bloodshed and establish political control over both Medina and Mecca.

The prophet Muhammad dies. As Muhammad had not expressly designated a successor, his companions split into two camps. One camp believes that Ali, the Prophet’s cousin, is entitled to succeed him on the basis of the bloodline; this group eventually evolved into the present-day Shia branch of Islam. The second camp, today’s Sunni branch, believes that succession should be decided by a process of election and consultation. Owing to this early bifurcation in Islam, the tradition of Sunni caliphs differs from the Shia imams. The second camp prevails and Abu Bakr is chosen to be the first Caliph, or successor. His Caliphate will last until 634, during which time rebellious tribes are reined in and the Arabian Peninsula is united.

Omar Ibn Al Khattab is selected as the second Caliph following Abu Bakr’s death. Muslim armies begin to move into modern-day Iraq, Syria and Egypt. At the same time, the campaigns of ridda, or apostasy, quick and certain skirmishes to subdue recalcitrant tribes, come to an end.

Damascus is conquered in 635, taken easily with the element of surprise; next, the spread of Islam continues with the capture of Ctesiphon (637), the Sasanian capital on the Tigris, and Jerusalem (637), which becomes the third holiest city in Islam.

The Muslims complete their conquest of what is now Syria, Palestine and Egypt, at the expense of the Byzantine empire. Garrison cities are built in Iraq: Basra, Kufa, Fustat, Mosul, Wasit. Amr Ibn al-Aas, commander of the invading armies in Egypt, erects the first mosque. The Arabs press on into North Africa. According to some historians, the Amazigh (Berber) inhabitants of the region, led by Queen Kahina, put up a staunch resistance to this first wave of Muslim conquest. However, local infighting weakens that resistance by the time of the second wave of conquest.

The Caliph Omar is assassinated. Othman ibn Affan succeeds him as the Third Caliph. During his reign, Othman urges the trusted companions of Prophet Muhammad to come to a consensus on what constitutes the exact text of the Holy Quran. This agreed-upon orthodox collection of Quranic texts becomes the undisputed holy book of Islam.

Under Othman, the Muslims conquer Cyprus, Tripoli, Iran, and Afghanistan, though with smaller financial returns.

Othman is murdered. He is succeeded by Ali, the Prophet’s cousin and a candidate for the original succession back in 632. However, not everybody is willing to accept Ali’s rule, and the first fitnah (conflict among believers; civil war) ensues. Aisha, the Prophet’s widow, and several other companions lead a rebellion against Ali for failing to avenge Othman’s death. Muawiyah, the governor of Syria and a member of Othman’s clan, claims control over the caliphate.

The parties to the succession controversy agree to arbitration, but it is inconclusive. A small, radical group known as the Khawarij, or Kharijites, secedes from Ali’s camp because they view both Muawiyah’s claim and Ali’s submission to arbitration as religiously unacceptable acts; as a result, the authority of both men is rejected. This doctrine will be resurrected by Islamic radicals in the 20th century. The Kharijites are sometimes called the Puritans of Islam, as they placed particular importance on preserving the purity of mind and body; they were highly critical of Muslims who did not follow their path, but at the same time surprisingly tolerant of contemporary non-Muslims. A sub-sect, the Azraqites, was perceived as particularly brutal in meting out righteous justice against fellow Muslims.