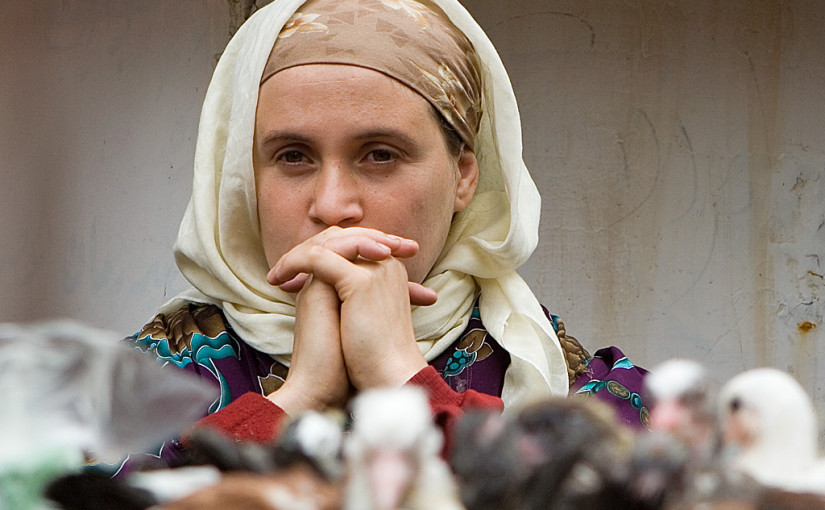 Although more could be said about the nature of non-Muslim communities and their constituent social groupings, in almost every country of the Middle East we have seen something of a shared pattern. This is one of historical encapsulation rather than assimilation of communities whose outer limits are set by religion. As described in Chapters 2 and 3, there are numerous Muslim-derived communities as well. In a structural sense, they are very similar to the non-Muslim ones, forming as they do inward-looking confessional minorities. Three of the latter, mentioned earlier, are the Druze of Syria, Lebanon, and Israel, the Alawis of Syria and Alevis of Turkey, and the Shabak of northern Iran.
The Druze and the Alawis exemplify the use of distinctive Islamic ideology and practice to announce a separate identity and to maintain what amounts to closed communities within the larger society. 9 What these and others, like the ‘Ibadis of Oman and the Metwali Shi’a communities of Lebanon and Syria, share is a history of political dissidence and persecution. Followers of these movements survived as weak minorities at the periphery of Islamic society; all sought refuge in rural, economically marginal, hard-to-administer areas, or “refuge zones.” As a consequence, the political and social life of these communities tends to be highly involuted, inaccessible to outsiders, and hedged with secrecy. Leadership is usually in the hands of an oligarchy of religious leaders or elders. Moreover, because they are textually or scripturally based traditions, there is considerable internal diversity in belief and practice.

The spread of nationalism and the intrusion of state-wide institutions, particularly public education, have eroded some cultural boundaries that separate these sectarian groups. In Turkey, some Alevis actively participate in party politics as they seek a share of political power and economic gain, and are often sought out by secular intellectuals, particularly on the left (see Mango, 1993, 1994) . In Syria the once poor and isolated Alawis or Nusairis, through their disproportionate representation in the army, managed to achieve a near-monopoly in the leadership of the country.

One case of religious dissidence, whose outcome is unique within recent Muslim history, is the Baha’i movement. In Juan Cole’s masterful analysis (1999), the Baha’i faith can be interpreted as a case study in Middle Eastern modernity. Modernizing movements are almost entirely attributed to Western influences. Not so the Baha’i movement, which underwent a series of major transformations to end up as an established religion with two wings–one, the best-known and fastest-growing, emphasizing tolerance and universality, and the other, also pacific, emphasizing theocracy and scriptural literalism. The movement originated in Shiraz, Iran, in 1844, when a young man proclaimed himself the Bab, or “Gateway to Heaven,” and the new manifestation of the Prophet Muhammad. He rapidly gathered a following as he preached against the corruption of the clerical and governmental establishment of the Persia of his day. In this, the movement he founded followed a familiar pattern of expressing political and social protest in the idiom of religious reform. However, once Babism, as it was called, was put down by the execution of its leader in 1850 and the brutal persecution of his followers, the movement itself was radically transformed. Baha’allah, half-brother of the founder, began to interpret Babism as a universalistic faith, trying to reconcile what he perceived to be the best of Judaism and Christianity with Islam. Ultimately, the faith he founded, Baha’ism, broke with Islam. In short, the new religion represents as big a break with its past as does any development in the history of Christianity. Today its followers are found throughout the world. One of their important temples, for example, is in Evanston, Illinois, and their spiritual leader, a descendant of Baha’allah, resides in Haifa, Israel.

Most of the small Baha’i community in the Middle East is found in Iran, where, until recently, they were relatively well-to-do, were involved in business and commerce, and reputedly had close connections to the Shah’s family. Following the Islamic revolution, they again suffered persecution and were charged with apostasy and disloyalty; their numbers have continued to dwindle as many seek refuge abroad.