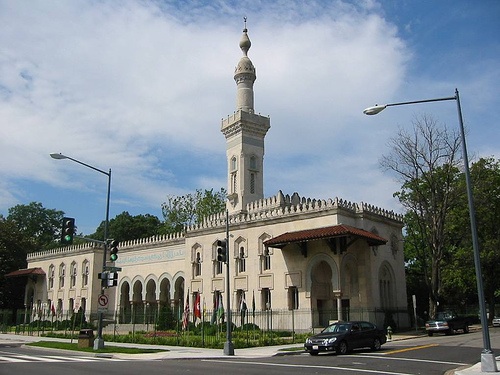 Matthew La Corte is a Research Associate at the Niskanen Center, is a Washington, D.C.-based public policy think tank. Mr. La Corte recently wrote a valuable perspective on the increase in anti-Muslim American rhetoric and crime. His insightful exploration of the issue uses statistical information to counter many of the troubling arguments being made about the Muslim community in the United States.

Why are there so many misconceptions about Muslim Americans?

Peaceful American Muslims are unfairly and ignorantly being lumped together with evil extremists in the aftermath of the Paris and San Bernardino attacks. Last month, Donald Trump — dismayingly, still the Republican frontrunner — further poisoned already toxic political discourse by proposing the U.S. ban all Muslims immigrants from entering the country. Unfortunately, this sort of rhetoric is widespread, and is unmistakably contributing to the increase of recent anti-Muslim hate crimes.

But anti-Muslim rhetoric is out of step with reality. Not only are Muslim Americans successfully integrating into U.S. society, they are actually more opposed to intolerance and violence than many other Americans. Nevertheless, many Americans are still succumbing to hysteria. The question is, why?

There is a natural human tendency to fear what we do not know. And most Americans simply do not know Muslims. Trump’s divisive rhetoric reflects the dark side of unfamiliarity. However, the silver lining is that once more Americans become friends and neighbors with Muslims, anti-Muslim prejudice is bound to subside.

Muslims make up just 1 percent of the American population, sixty percent of whom have been in the U.S. for 25 years or less. Muslims tend to stand out because of unfamiliar religious and cultural customs, such as their prayer schedule, head scarves, and strange-seeming names. These differences sometimes breed suspicion, and in more extreme cases hostility, largely because these traditions are new to Americans.

At the same time, most Americans see and hear Muslims only on film or on the news, which disproportionately overlook the mundane, peaceful lives of ordinary Muslims, instead focusing on violent religious extremists.

A lack of personal contact with Muslims allows this distorted picture to flourish, leading many Americans to see their Muslim compatriots as a dangerous threat, rather than as fellow human beings and loyal Americans who contribute positively to society. Polls suggests that as many as seven in ten Americans seldom or never interact with Muslim Americans. Just three in ten are acquainted with a Muslim.

At one percent of the population, American Muslims are also too few to have much political clout, which makes them easy and safe target for unscrupulous politicians seeking to capitalize on ignorance and fear. It’s easier to lump all Muslims together and scapegoat them as a group than it is to acknowledge that terrorism is a complex, multi-faceted problem.

Fear of the unknown is certainly not new. In America, new immigrant groups, from the Jews to the Irish to the Italians, have faced similar discrimination and generalized misunderstandings about their culture and people.

The cure for this is interaction, integration, and acculturation. Muslim Americans are trying to assimilate, and are succeeding. But it can be difficult to swiftly overcome stereotypes when only 1 out of every 100 Americans is Muslim. It’s a time-consuming process that many groups have had to suffer through.

But the evidence is clear. Increasing familiarity and assimilation does markedly reduce hostility to “strange” out-groups — it breeds knowledge, understanding, and tolerance.

In 2009, Gallup measured public support for marriage equality and found that 40 percent of American adults saw it as “legally valid”, while 57 percent disagreed. Only 27 percent of those who did not know someone who was gay thought gay marriage was “legally valid”. But support for gay marriage was nearly double that among people who did know someone who is gay.

Gallup explained that those who know someone who is gay or lesbian are “significantly more supportive” of gay marriage. The polling found that interacting with gays and lesbians led to greater acceptance and more tolerant attitudes. Mere acquaintance makes a big difference.

Michael Shermer, editor-in-chief of Skeptic magazine, has said that LGBTQ role models in the public eye were “essential for awakening empathy and understanding, and thus for expanding the moral sphere ever outwards.” Muslim Americans don’t get this significant, sympathetic presence in media and popular culture. Lack of exposure renders them mysterious and threatening to many Americans.

Mona Chalbi at the FiveThirtyEight blog finds that the more likely a person is to know a Muslim, the more likely they will express positive feelings toward Muslims as a group. This pattern holds regardless of the personal characteristics– political affiliation, education, race or age. If Muslims are hostile toward Americans, you would expect exposure to them would breed more contempt, not less.

Terrorism is real, and it’s natural to be afraid of it. But these fears are exacerbated by politicians and pundits using ignorance of Islam and unfamiliarity with ordinary Muslims to incite panic across America. To restrict Muslim immigration due to the acts of a few unrepresentative extremists would be to base U.S. policy on fear instead of facts.

The rare cultural magic that transforms outsiders into insiders and turns fear into fraternity has worked for three-hundred years in the United States. The magic will work for Muslims, too, if we act like Americans and let it.