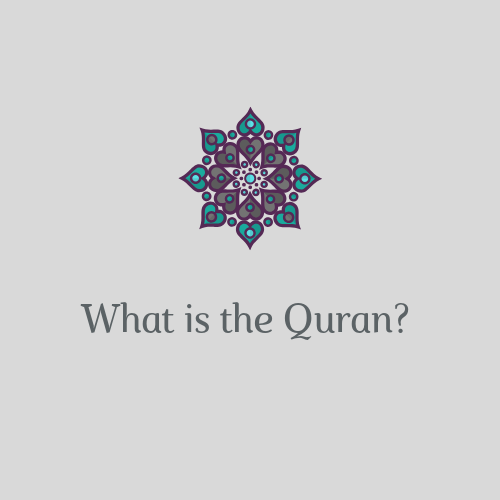 The Quran is the Muslim holy book. Along with the traditions of the Prophet, called the sunnah, it is the most important source for how to practice Islam. Muslims believe that the Quran remains unchanged from the time of the Prophet. It contains 114 chapters that vary wildly in length. The Quran is written in Arabic and, because of this, it is encouraged for Muslims to learn the language. It is believed to be the most perfect expression of the Arabic language.

Who wrote the Quran?

Muslims believe that the Quran is the word of God, taught to the Prophet by the angel Gabriel over the course of more than two decades. Revelation is believed to have begun during the month of Ramadan. The current order of the chapters does not represent the believed order of revelation. During the Prophet’s lifetime, the completed Quran was never written down in its entirety. That work was completed by his successors based on the people in the community who memorized the entire revelation in its intended order. Within the text of the Quran itself, there are repeated denials of the oft-made claim that it was written by the Prophet. The Prophet himself was illiterate, which is one among many pieces of evidence given to disprove his authorship.

How is the Quran structured?

Different chapters are structured differently. Very few stories are told chronologically or told in their entirety in one place; exceptions include the chapter 12, Joseph, which tells the story of Joseph (Yusuf, in Arabic) from his early childhood to his climactic reunion with his birth family. Some scholars theorize that chapters are organized concentrically, meaning that roughly speaking topic 1 will come up, then topic 2, then topic 3, then topic 2 again, closing with topic 1.

The text is neither poetry nor prose, and the chapters often follow different rhyme schemes, which reveal different point of emphasis and which also aid in memorization.

What stories are told in the Quran?

The stories of many Biblical figures are told in the Quran. Prophets such as Adam, Noah, Abraham, Jesus, and more are repeatedly discussed. As mentioned above, these stories are often told in different chapters or are told very briefly. Generally speaking, with a few exceptions, the stories are told not for the sake of the narrative but to illustrate a point. The most mentioned figure in the Quran is Moses. There are a couple of prophets mentioned in the Quran that are not referenced in the Bible, notably Hud and Salih, who were sent to Arab tribes rather than to the Children of Israel.

What role does the Quran play in Muslims’ daily lives?

It is necessary for all Muslims to memorize the first chapter of the Quran, the Fatihah or Opening, because it is obligatory to recite this chapter during prayer. Most Muslims choose to memorize more and some learn the entire book by heart. Many Muslims also read from the Quran or listen to recordings of it regularly. In Ramadan, the month of fasting and the month in which it is believed the Quran was first revealed, there is a special emphasis on reading the Quran and on prayers in which long sections of the text are read aloud by the imam, the leader of the prayer.

Additionally, stories from the Quran are often told to children as both lessons and entertainment. The Quran is also an important source of art in the Muslim world. Calligraphy of Quranic verses is one of the most common types of decor in Muslim homes. Mosques too are often decorated in intricate layerings of Quranic words done in precious metals.

Ancient Quranic fragments were discovered at Birmingham University in the United Kingdom in 2015. Radiocarbon dating showed the texts, written on sheep or goatskin, dated to sometime between 568 and 645 CE. This means that they might possibly be from the time of the Prophet, who lived between 570 and 632. The similarity of the found texts to modern editions of the Quran supports the traditional Muslim narrative that the Quran has not changed since the seventh century. The manuscript had been kept with a collection of other Middle Eastern books and documents, without being identified as one of the oldest fragments of the Quran in the world.

When the Quran spoke English

In 2007, Representative Keith Ellison was sworn into the House. In the ceremony, Thomas Jefferson’s copy of the Quran took the place of the traditional Bible. Why did Jefferson have a Quran? What is the story of the first translation of the Quran directly from Arabic to English?

Readers like Thomas Jefferson were curious to learn about what they considered a book of law and as a way to understand Muslims with whom they were interacting in the Ottoman Empire and in North Africa.